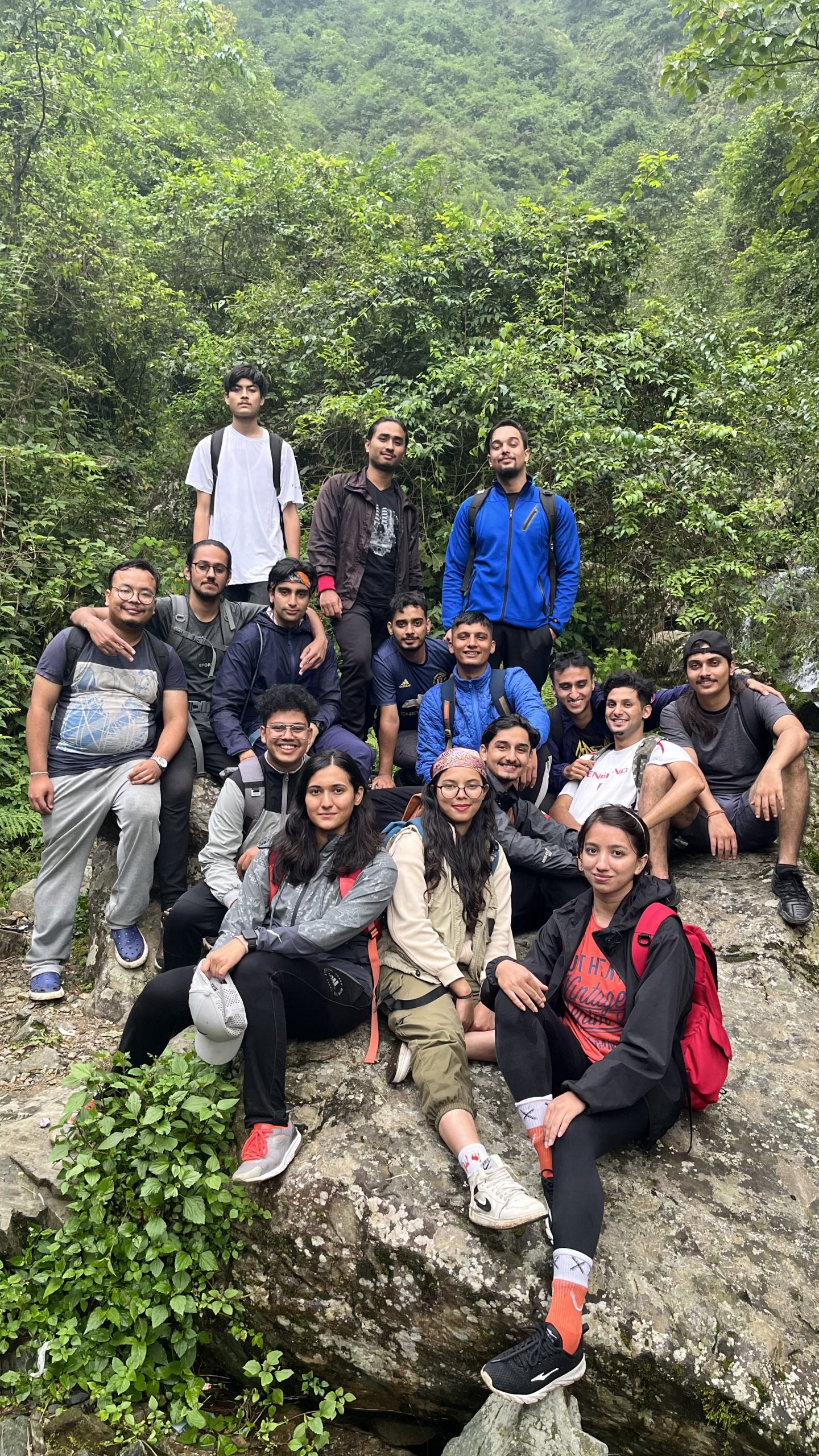 On 4th September 2022, the hiking club conducted a one-day hike to Simba Falls. A total of 16 participants were present for the hike. After gathering at the Deerwalk premises, we boarded the bus at 7:45 am. Then we had our breakfast at Lele Busparkat 8:40 am. Near the bus park area, there was Tileshwor Mahadev temple where we enjoyed the view of the temple. The direction to the destination was confusing due to which we had to make a couple of U-turns. When we traveled after a while, we saw a couple of houses and asked the locals for directions. After a while, the bus was unable to move forward because of the condition of the road. The participants began to walk from there at 12:30 pm. The bus made a U-turn and went to a different road to reach the near waterfall.

We walked around and talked with the locals about the direction. There was a river that was not too shallow. Although the river current was strong, we decided to cross that river. After crossing the river, we reached the bottom of Simba Falls at 1:30 pm. In the beginning, there was concrete flooring which was easy however later on we walked in soil which was slippery. Although we were careful still, we had fallen. There too we had walked in another direction from the destination. We still walked and finally reached the waterfall at 3:25 pm.

After reaching the waterfall we gained all our energy from walking. There was also a dam, where we rested. The area around the waterfall made us feel refreshed where even some of the hiking participants swam in the dam. After clicking some photos, we started to depart from there to the bottom of the Simba Falls where the bus was parked.

We reached the bus at 5:00 pm. Some of us were still walking. We then regrouped and took off to a nearby restaurant where we had chicken curry with rice. As all of us were very much hungry the food tasted delicious. After having our food we took off at 6:15. The sun had already set. We returned the way we came before. We reached college at 8:40 pm and that marked the end of our hike.