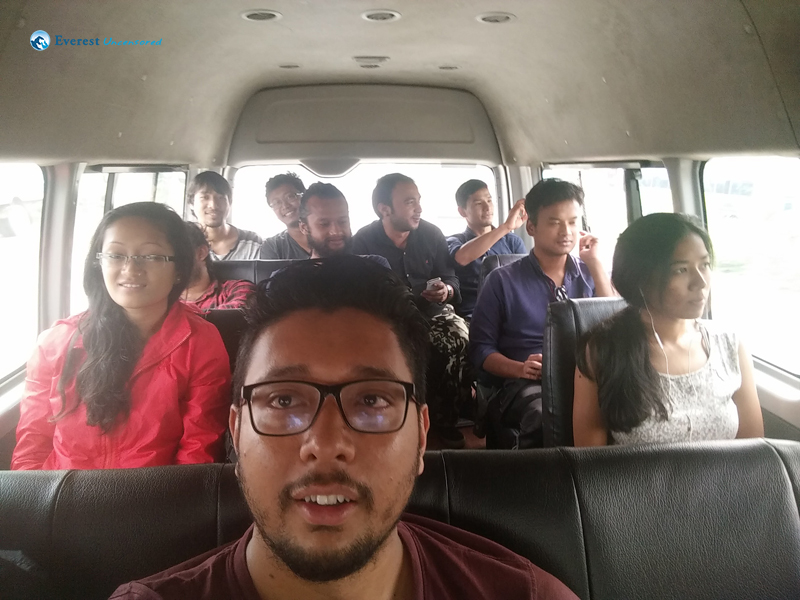 Shankar Koirala
I have been involved many hikes in my college life, however, this was the first hike in Deerwak organized by CAC Club. This time hike destination was to Chitlang and Indrasarovar which is situated in southwest of Kathmandu valley, It is one of the popular destination for one or two day hike. We were all together 14 hikers and everyone was eager to begin the hike. We all hikers gathered at the Deerwalk office premises around 7 am. Everyone was excited to start the hike. We were in the Deerwalk van around 7:30 am and started our journey.

We reached to Thankot after some time. Since the day was cloudy and rainy, we even thought to take the cable car up to Chandragiri hills, the plan was canceled and we decided to walk no matters what. So we took some snacks, tea, biscuits, juice at breakfast and headed towards a destination.

After an hour we reached near to Chandragiri hills. The view from the top of the hill was amazing, the clouds, greenery, hills around were mesmerizing.

We reached to Chitling around 12pm and started walking towards the Indrasarovar lake. The Chitlang village was really beautiful with old houses, paddy fields green hills.

The way was muddy and tough through the forest. We had bought some snacks as well as some pears from the villagers which helped to boost the energy. After few hours of the hike we saw a lake from the top of the hill all our sweat and energy went with after seeing the beautiful Indrasarovar lake. We went near to lake and enjoyed some time there. The lake was really beautiful. It is a largest man made lake in Nepal.

After some time we had a typical Nepali food in launch and it was really tasty. After having some rest we started walking back to Chitlang. I had a small injury in my leg while returning to Chitlang. But when we reached to Chitlang, Umesh day was ready with the van to bring us back home safely. We arrived in the office around 7 pm and headed towards home.

To sum up the hike, it was tough, painful, injurious, leeches in the way but It was worth. Thanks to all the participant hikers who made the hike really memorable and fun.

50 thoughts on “One Day Hike from Thankot to Indrasarovar”