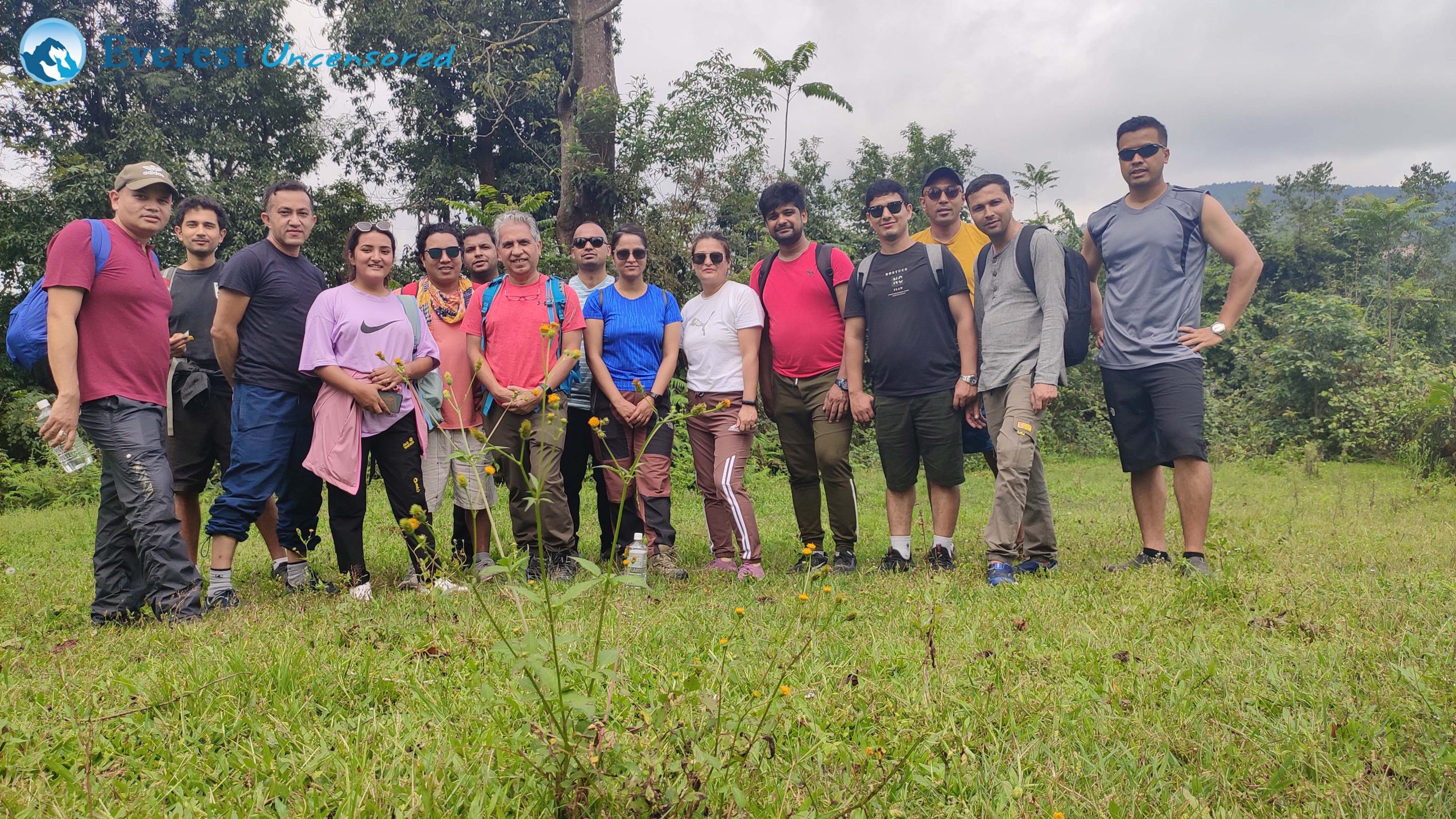 On October 3rd, team members of Deerhold Nepal and DWIT hiked to Namo Buddha. The stupa and monastery atop a beautiful hill west of Panauti is home to a legendary tale of a Buddha. A compassionate bodhisattva, storied to be the youngest son of a great king Shingta Chenpo, gave his own body and flesh to feed a hungry tigress and her three cubs. Our short trip wasn’t planned to pay homage to the prince, Semchen Chenpo, yet many of us ended the day feeling perhaps we could be more compassionate like the prince.

Namo Buddha is 40 km southeast of Kathmandu’s Bouddhanath stupa. We started our day early from the Deerwalk complex, and after an hour’s drive met with other team members for breakfast in Panauti. Panauti is one of Nepal’s oldest towns, yet one facing a similar urbanization frenzy as many other towns across Nepal. After a breakfast of puri, aloo tarkari, jilebees and tea, we caught an unknown roadside trail heading west into the wet green hills of Kavre.

Unknown to me, Deerhold hikes tend to be unconventional. The unknown trail took us through less-traveled local paths. We snacked on biscuits, cucumbers, and ripe lapsi (Nepali plum) and made our own trail through quaint settlements.

An extended monsoon also meant that we had to push through leech-infested forests. All of us succumbed to the onslaught of baby leeches while walking through patches of conifer trees. Each ended up carrying their own war stories of how many leeches caught us and bit us. I got bitten by 4, while 20 more had attached themselves to my shoes and clothes. We made it through alive.

By mid-afternoon, we reached the base of the Namo Buddha stupa. Many of our teammates paused for a make-do lunch – tea and biscuit instead of dal-bhaat – while a handful of us continued higher to the cave where the ancient prince gave his life to the hungry tigress.

The hilltop, adorned with shrines, a monastery, and prayer flags, gave us a panorama of hills around Kavre. We paid respect to the shrines of the young Buddha, enjoyed the view for a moment, and began our descent.

We made our way to the stupas at the base of Namo Buddha, and the entire team started making our way towards Dhulikhel for dinner. We passed through more rice fields, settlements, forests (not leech-infested), and fog-blanketed hillsides. We snacked on Snickers, dried fruits, and instant noodles. Eventually, we were on a motorable road and stopped by a roadside eatery to enjoy a well-earned lassi.

By 6 pm, we were down to Dhulikhel ready to eat, drink, and forget the cramps and pains from a day of hiking.