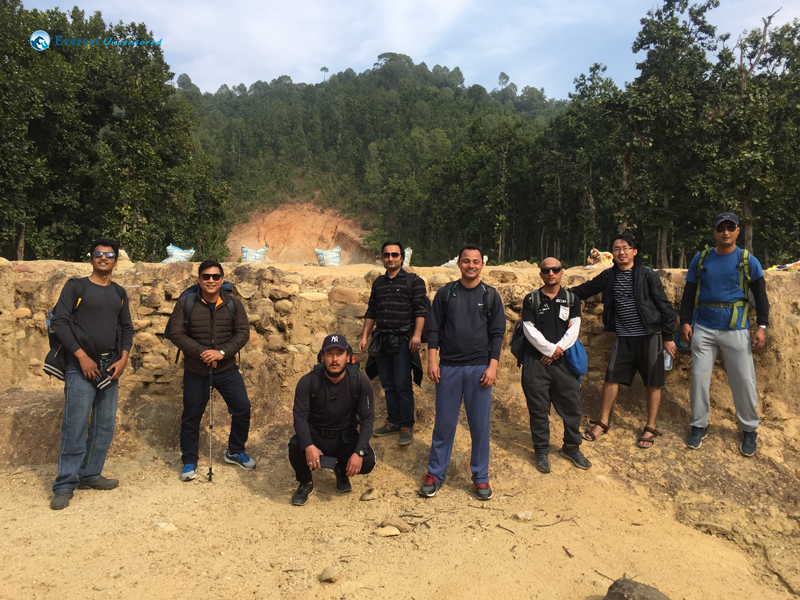 Nearby Nuwakot Durbar area there is a Taleju temple. Only few of us took detour and went to visit the temple and some of us directly went to the hotel; Hotel Nuwakot View where we planned to stay. It was almost 4:30 pm then. I was all sweaty and tired so I was among those who directly went to the hotel to freshen up and take some rest. Some time later others also came to the hotel, then we ordered some food to eat. After the food, Pramod dai and Kapil dai suggested we take a small walk and go sightseeing. I was tired to the point that I did not want to go and Neeraj dai seconded. So we stayed at hotel whereas others left for the sightseeing. I was surprised that most of group members were still energetic.