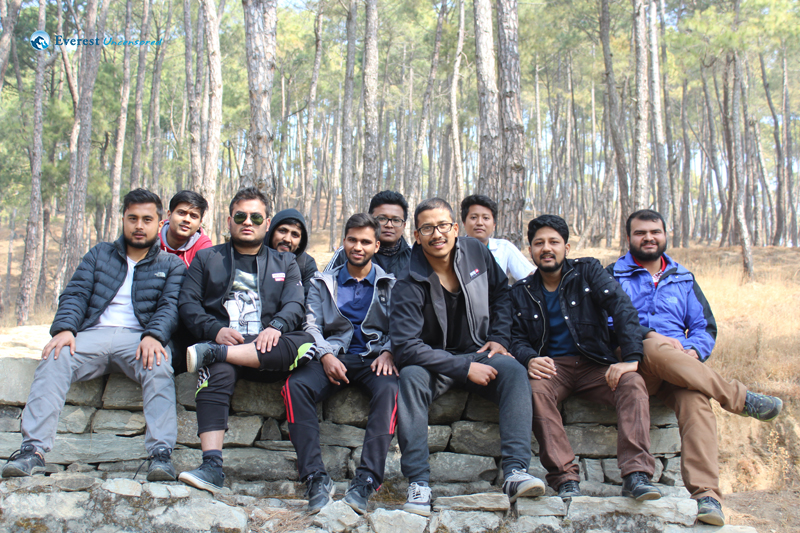 On Saturday 3rd March 2018, Squad D prepared for our hike to ChampaDevi Temple. Having missed the previous squad hike due to other commitments, I was excited for this hike from Pharphing to Champadevi Temple. The temple is situated in the south-west side of Kathmandu valley and is one of the most famous hiking trails around the valley. After everyone had been picked up by the Deerwalk van, we started the drive towards Pharping.

We stopped for a light breakfast enroute to Pharping. We were initially unsure about the starting point of our hike. After driving on an uphill road for around 10 minutes, the van could not proceed further because of the road conditions. Hence, we decided to start walking from this point.

The initial route uphill was rather steep. The view of Kathmandu valley from the trail was spectacular. After 3 hours walking with frequent stops for pictures, we finally reached the top of the hill, where Champadevi Temple was located.

The view of Kathmandu valley from the trail was spectacular.

After resting for a while at the top, we walked downhill the same trail which was much easier and faster than getting to the top. We reached Pharphing in an hour. The van was waiting for us and we started the drive back to Kathmandu. We were hungry and exhausted, so we stopped for lunch at a Thakali restaurant in Jhamsikhel. Overall, it was a short and fun hiking experience.

One thought on “Hiking from Chobhar to Champadevi”