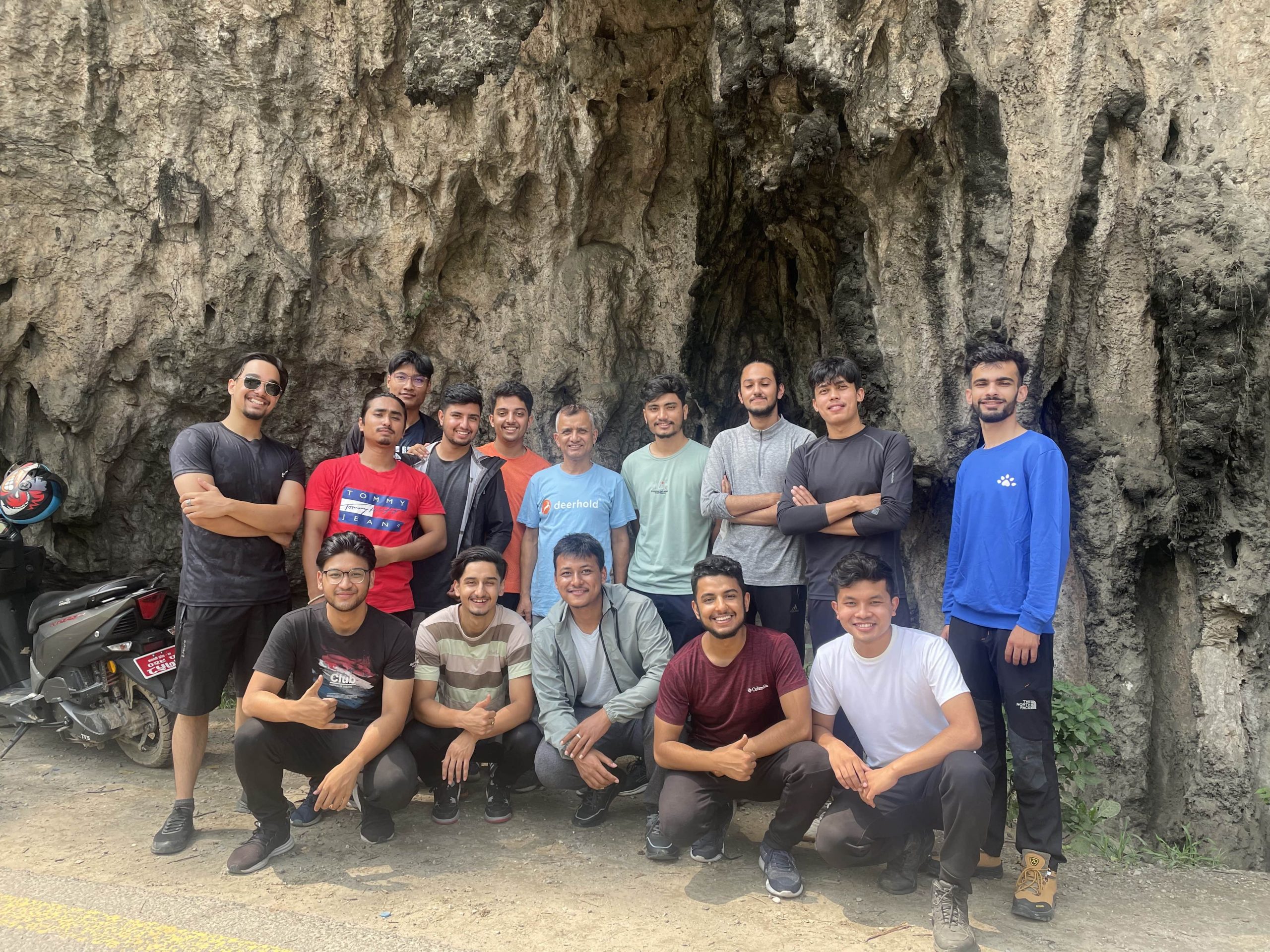 After the hike to Manakamana was canceled, the hiking club decided to take us on a two-day hike to Sailung, Dolakha. So, on June 11th, at 7:00 AM, we assembled at the DWIT Compound and embarked on our trek to the first station, Mude.

We stopped for breakfast at Dhulikhel at 9:00 a.m. on our way. We headed off after a 45-minute break and arrived at Mude around 11:30 a.m. We were gently munching at Mude when fate intervened. Our bus became trapped in the mud only 300 meters from Mude. We requested assistance from a Tipper (who knew those things could also save lives?). The Tipper dragged the bus out of the mud and freed us. While this was going on, we saw a motorcycle (obviously a Pulsar) almost tumble down a cliff. We assisted the man in stabilizing, and he proceeded to his destination.

But irony struck, as the person did it again not even 50 meters from where the accident occurred. He dropped about 50 meters this time, and his bike became caught on a boulder nearly 10 meters down the cliff. Fortunately, nothing serious occurred to the person, and he was able to climb up the cliff unharmed (This guy should get a lottery ticket). We started our trek to Deurali after the Pulsar debacle, but guess what? The bus got stuck again (You can start sensing a pattern over here). So, we decided to park the bus in Mude and hike to Deurali.

The seemingly endless route from Mude to Deurali took us about 3 hours to complete, and the back markers were lucky enough to ask for a lift to a truck (and believe me when I say this, the truck was the most comfortable truck I’ve ever been in, not that I’d know but, nevertheless). We stopped in Deurali for a 30-minute tea break before continuing on to Kalapani. We arrived in Kalapani around 7:15 PM, and after a pleasant dinner and a barbecue session, we were all tired and went to our rooms.

The next morning began early, as we awoke about 4:30 AM and headed to Sailung. The weather was beautiful, and we could see hills for kilometers until we arrived at the View Tower. As we approached Sailung, the clouds obscured our vision, and we couldn’t see more than 5 meters ahead of us. We succumbed to the cold and returned to the hotel for a hot breakfast. After breakfast, we learned that a bus leaves the village of Deurali at 10:00 a.m. So, we rushed to catch the bus, and after a grueling downhill hike, we arrived at Deurali and boarded the bus. But this is where the misery begins.

The bus was overcrowded, and all 15 of us were forced to stand. Furthermore, the bus conductor was squeezing people inside like a jar of Gundruk. We arrived in Mude after a dismal and exhausting 1.5-hour bus ride.

We returned to Deerwalk Complex at around 3:30 p.m. after a lunch break in Khadichaur.

This trip was both the most difficult yet the most fun trip I have ever been on. From a rough start to a rough ending, the difficulty was set to unbeatable yet, we overcame all the obstacles and managed to squeeze in a lot of fun (Get it? The Gundruk, squeeze in? Never mind I’ll just leave now).