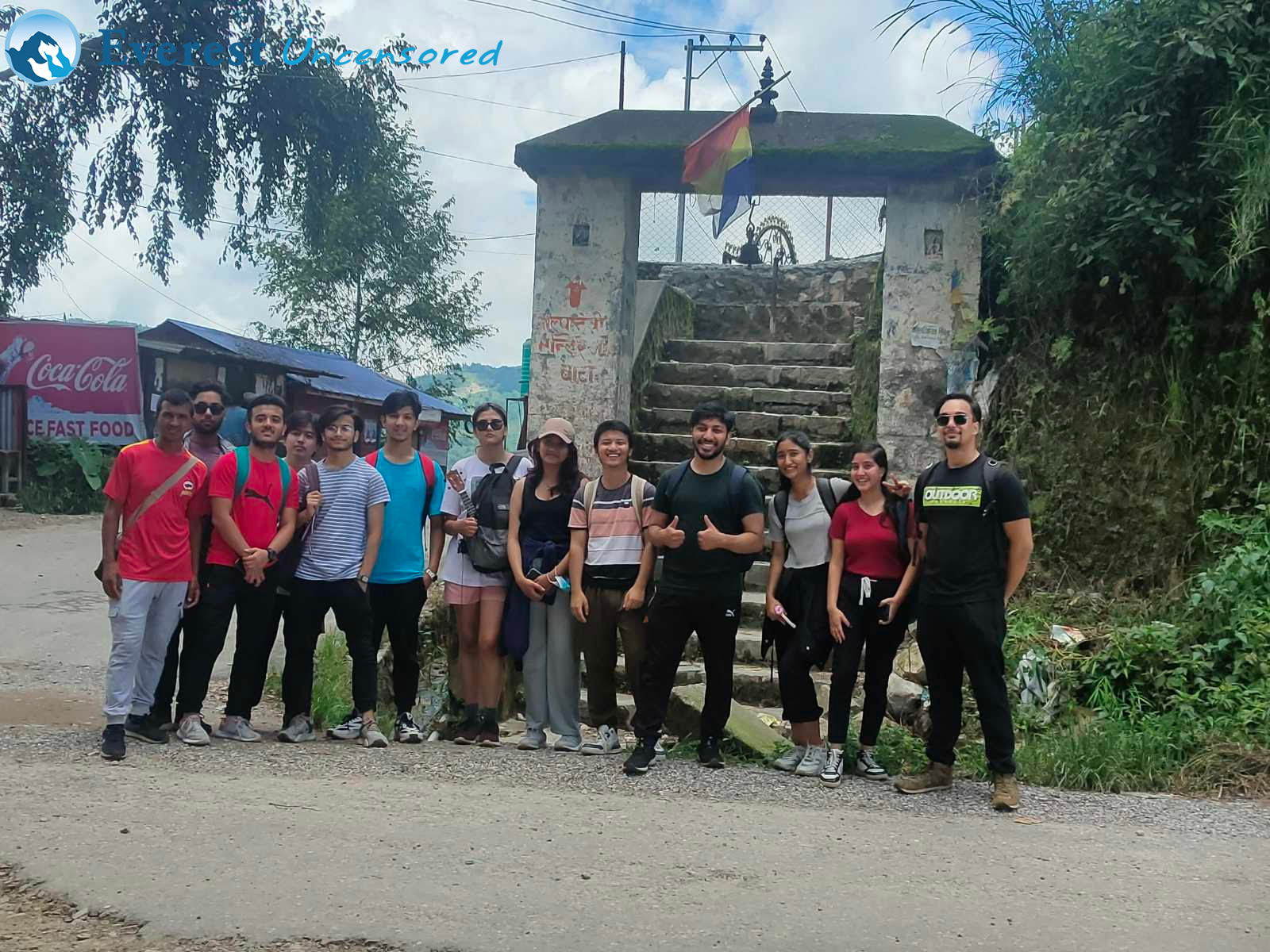 On July 24th, 2022, the DWIT hiking club, in collaboration with DWIT media club, conducted a one-day Photohike to Nagarkot, a village known for its views of the Himalayas. To the west of Nagarkot is the ancient, pagoda-style Changunarayan Temple, which was our starting point for the hike that day. A total of 13 participants were present for this hike. After gathering at the Deerwalk premises, we boarded the bus at 7:45 am. We arrived at Changu at 9. We decided to have breakfast there at Changu. But before we ate, we went to visit the temple. We clicked a couple of group photos at the temple at 9:15 am and returned to the place where we decided to have breakfast. All the participants had breakfast of their own choice. Mostly, boiled eggs, tea, potatoes, chickpeas, and doughnuts were served. Then, we commenced our hike at 10:10 am.

We went through the forest trials. It was pretty fun to walk through the green and fresh environment. The weather was pretty good too. It was raining early in the morning, but the rain had stopped when we departed from the college. The sky was blue and clear. Overall, it was a sight to see. We saw all the mesmerizing views of the valley and landscape while we were walking. The view eased our tiredness. We kept walking until we reached Jalpa Devi at around 12:20 pm. We clicked some photographs there. We even clicked a mandatory group photo. Then we again set off for the walk.

At around 1:20 pm, we reached Bhanjyang. We didn’t have a snack break, to be precise. But we ate while we were walking. We were doing absolutely fine until we reached here. The trial was not as tiring, but after this, we had to walk down the main road while the sun was burning. Everybody was feeling a bit tired at this point. We were asking the local people how long it could take us to reach the destination, and they would reply, “1 hour.” After 1 hour, we would ask them how long it would take, to which they would again say “1 hour”. The “1 hour” thing kept repeating so much that we started using it as a catchphrase.

We kept walking until we reached the Nagarkot bus stop at around 3:05 pm. We sat down there for a while. Everybody was tired. We then called the bus, as nobody was in the condition to walk in that heat. After that, we went to see the view tower. We reached there at around 3:30 pm. We sat there, took our time, and watched the view. The clouds were captivating.

At 4:00 pm, we headed back to our college. We decided to have lunch at Naxal. So, at 5:30, we reached Lete, a thakali place in Naxal. We ate and reenergized. Then, we returned back to the college at 6:25 pm.