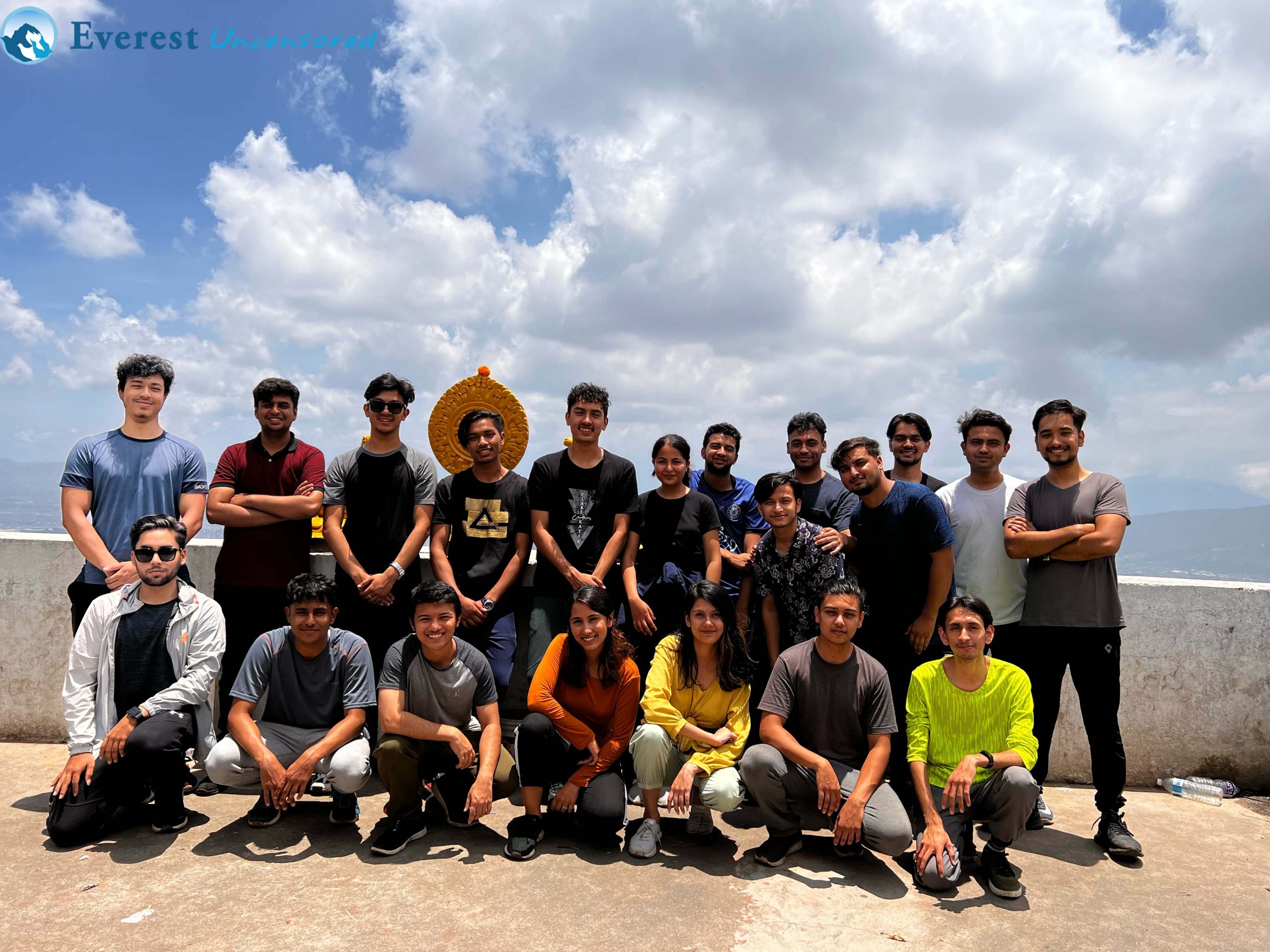 On July 17th,2022, the DWIT hiking club conducted a one-day hike to Jamacho, a sacred Buddhist shrine. A total of 20 participants were present for this hike. After gathering at the Deerwalk premises, we boarded the bus at 7:30 am. We arrived at Balaju and went to a local restaurant at around 8:10 am where all the participants had breakfast of fried potato, chickpeas, boiled eggs, and tea. We boarded the bus again at 8:40 a.m. after finishing our breakfast.

After that, we continued on our way and arrived at Shivapuri National Park at 8:50. The bags of each person were examined. When we entered, the adventure up the steps began. The destination was 4.371 kilometers away, according to a sign. Everyone was initially unaffected, but for some of us, walking was a little challenging. While some people walked easily, others moved slowly and at their own pace. Although one of us received a leech on the stomach, we had no idea where they had come from. And still more on shoes and legs. About 1.7 kilometers from our starting point, we arrived at a checkpoint. There was a modest house where they could relax in the middle of an open field. We took photos of each other and the breathtaking scenery.