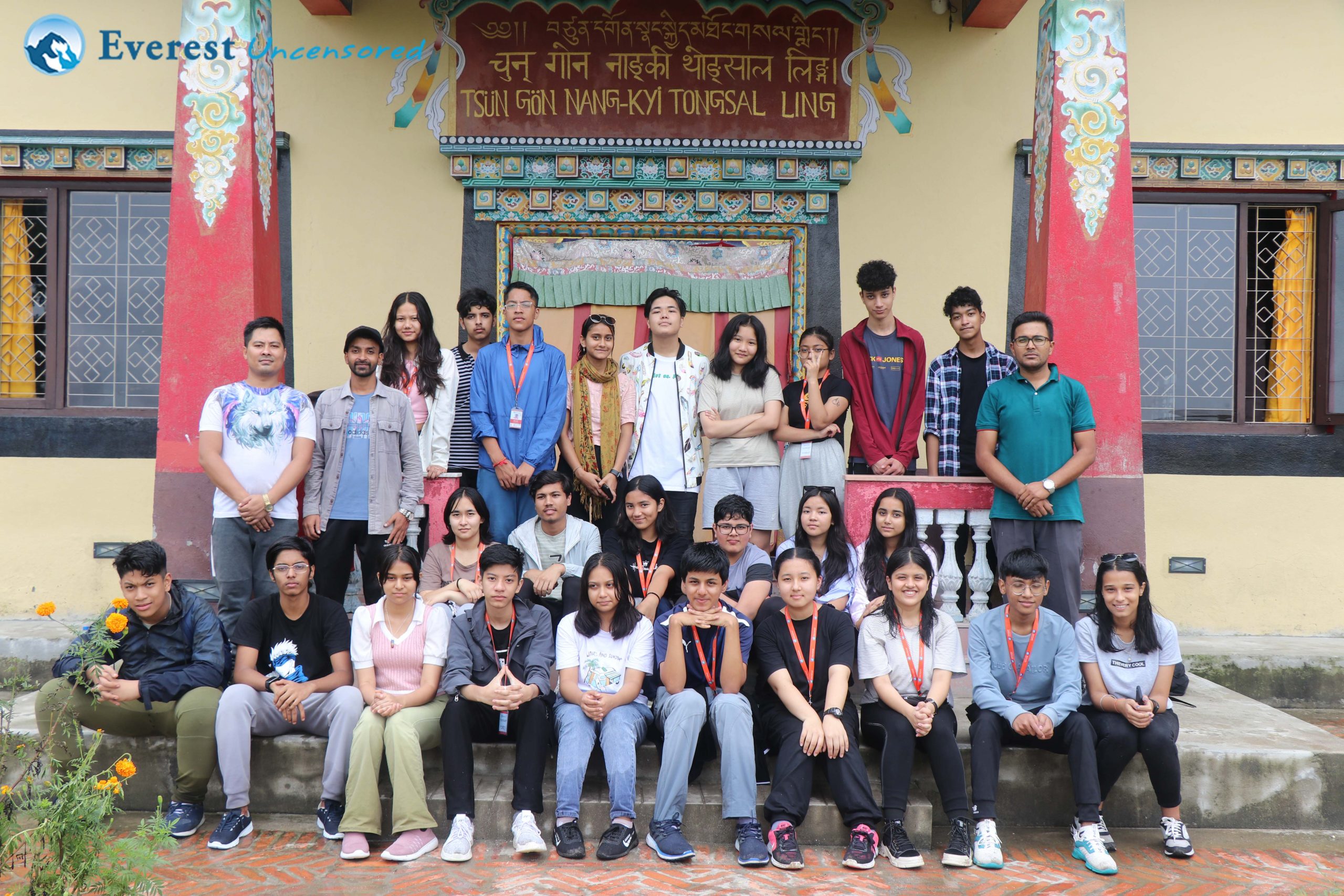 On Sunday, the 28th of August, Grade IX and X students along with four teachers gathered together at around half past 7 on Deerwalk complex for the hike. When we met initially, it seemed like everyone was ready with joy and excitement on their faces. It made me think, was this going to be a special hike?

Initially, we were looking to depart at 7:45 am but it got delayed to 8 am. With no more than 10 minutes in, everyone was stoked and excited. The driver put on some music and the overly energetic students stood up to dance. The ride took us a little more than half an hour to reach Budhanilkantha. It was a rainy morning, so we planned to have a cup of tea. After having breakfast, we left for Shivapuri National Park which was just a few minutes away.

Then, came the time to walk on foot. We started our hike from Shivapuri National Park’s Gate at around 9 am. There were two routes we could go from, we chose the steep route to start and end with the easier route. The steep route had a lot of stairs- everywhere you went, you would just see stairs. The weather was not in our favor either, it had rained the night before with the weather still gloomy and the stairs slippery along with leeches here and there. After what felt like an eternity, we reached a place with no stairs. Initially, we planned to hike to Shivapuri peak but due to the weather and our depleted stamina, we decided to hike only to Nagi Gumba. It was a rough road ahead but the flora and fauna made up for it. The sounds of the crickets chirping, and the green trees clattering were peaceful and soothing.

I along with my two other friends were going ahead of everyone to write the names of trees. We were laughing at how stupid the trees’ names were, but that laughter soon turned to screams. We had lost our way in a jungle with wild animals. We tried to turn back, but there was no one behind us for miles. This experience got even more terrifying when a rock fell on us out of nowhere. Were we going to be a prey of a wild beast? Terrified- we ran as fast as we could and after about 15 minutes, we saw our group. Turns out that they were busy clicking pictures of waterfall. We regrouped and moved on.

After a few hours of walking to get off from the hustle and bustle of the city area, we reached our destination, Nagi Gumba. We were exhausted and starving. You might think that the view from up there would be breathtaking, but we were presented with a view of absolutely nothing but a Gumba and a small resting area with a sign that read “Keep Quiet”. Nevertheless, the Gumba was peaceful and charming. We clicked a picture and enjoyed our snacks.

And then, our descent began. We went through the easier route which was way easier than the ascent, though it was a slippery and rocky road. It still fascinates me how we went through a road slippery as butter with leeches everywhere. We reached our bus at around 4 pm. We bid goodbye to Shivapuri and headed to Naxal where we would enjoy our meal. From there, we headed back to school and departed to our destinations.