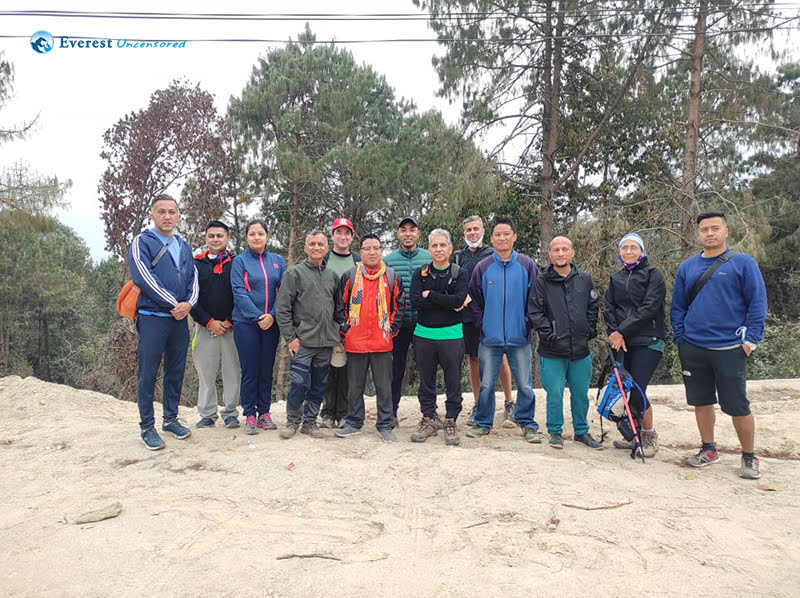 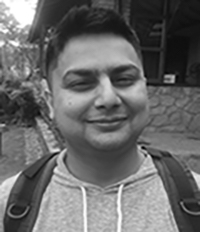 “It’s going to be a really long walk…”. Of all the things that crossed our mind when we decided on the hike, that particular notion stuck. Not to mention that our last hike had been well over a year ago, and that it had not been particularly difficult, given that we walked an almost-straight trail just shy of about seven kilometers, this mostly-uphill trail of over fifteen kilometers was – one could say –  quite a piece of work for the inexperienced hiker. Dhulikhel is a welcome retreat outside of the hubbub of the city, Nagarkot – similarly so, but that was when we drove over, not when we walked all the way.

I am sure that most of us who hiked from Dhulikhel to Nagarkot starting in the not-so-chilly-anymore hours of morning on Saturday, the 13th of March, 2021, shall remember the breakfast at Agantuk Resort for a while. I would rather walk on an empty stomach than a full one, because the latter tends to make me lazy, but exceptionally, this breakfast saw me walk through the next five and a half hours across the beautiful terrain over to Nagarkot. I would have liked the sky to be clearer when we started walking – which would quite possibly have given us a magnificent view of the mountain ranges, but that would have meant walking in the midday sun – so it was okay that the skies did not clear up. Even more so – that it did not rain while we walked. When I look back now, I would say the weather was perfect for getting out.

The trail, mostly uphill, some steps along the way, some dirt tracks and occasional motorable roads that we crossed, culminated with a rather challenging set of stone tracks heading up from Naala before we reached the Nagarkot altitude of Nineteen Hundred Meters above sea level. Yes, the last stretch of the hike was an easy leveled dirt track all the way to Nagarkot proper, which was not more than five kilometers at most.

I realized many things on this particular hike, to be honest, including, but not limited to the fact that trekking poles are underrated, because evidently, they reduce a lot of strain which would otherwise adversely affect your knees when walking downhill. Thanks to Janie for the assist. Also, backpacks are quite helpful, but you need to be careful about what you put into them, lest they turn out to be a nuisance that drag you back.

The small tea-house we stopped at, as we neared completion – was a welcome break. The conversation over the cup of tea and biscuits will stay for a while in our minds. Although, one should not rush to get too comfortable sitting down during a hike, as I soon realized, because getting back up and moving can be really disheartening.

The small stops we had every time we felt tired, Pramod’s encouraging words to Aditi (they really helped her walk), Bijaya’s absolute and crude (and funny) Nepali expressions, Rudra’s (not always easy) shortcuts outside of the walking trail (he allegedly loves going off-trail), Surendra’s laid back approach to the hike (he’s clearly walked a lot), Michael’s knowledge of Nepal and her culture (we will miss him when he goes back), Sachin’s energy (he was clearly the least tired among us), Raj’s heart rate (steady at seventy five, even after the uphill climb), Kapil’s company (helped me forget the distance covered, it did!!) and Hitesh’s perceptive insights (he is certainly very well informed) – I shall remember all of these events in the days to come, not to mention the four strays (dogs) that escorted us from Dhulikhel till Naala, getting into fights every chance they got along the way.

I really deserved the full meal that the Berg House Café served us – with all the hard work preceding it. Flush is always fun with friends, out come the deck of cards whenever we settle for a meal (while we wait, of course!!). Other than the fact that we had to wait our turns to freshen up, for lack of multiple washrooms, the hike was an assertion to the fact that I need to get out more often.

Totally worth the sore calf muscles the following day. I can’t wait to do this again.