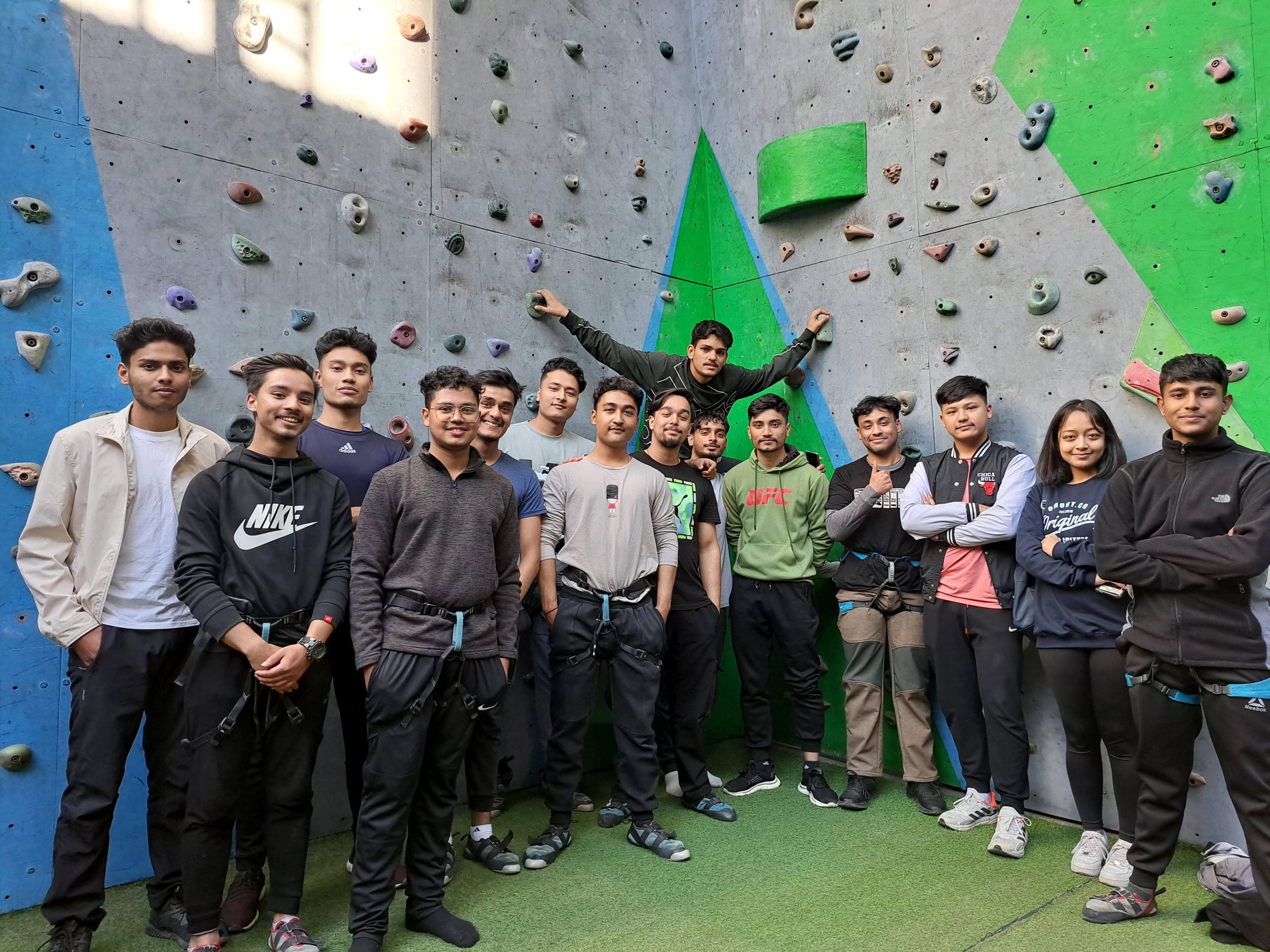 By 12:15 pm, we were all at the Astrek park gate and entered together with excitement. The area was already crowded. Every participant then split out and began to participate in various activities. There were many people engaged in wall climbing including some children. So, we waited for our turn. We were surprised to see the kids climbing the wall so easily. Some of us headed to the foosball table to play. We played 4-5 matches of foosball. As it was entertaining, other nearby individuals also joined us while other participants at the table chatted and shared their thoughts on the most recent world cup matches in which Brazil and Portugal were eliminated.

The participants then started to scale the wall. There were easy, medium, and hard climbing sections. Others chose to climb it, while some chose to quit up on the challenging hard section. We had some snacks and took some group shots. Then, after gathering our energy back, we again went for the second round of climbing. In teams of two or three, some of us climbed the wall competing by setting a timer.

With all the enthusiasm and energy, the majority of participants scaled the wall more than three times. It was fun climbing to the top, ringing the bell, jumping, and sliding back to the bottom.
Overall, the climb was thrilling, lively and a great experience.