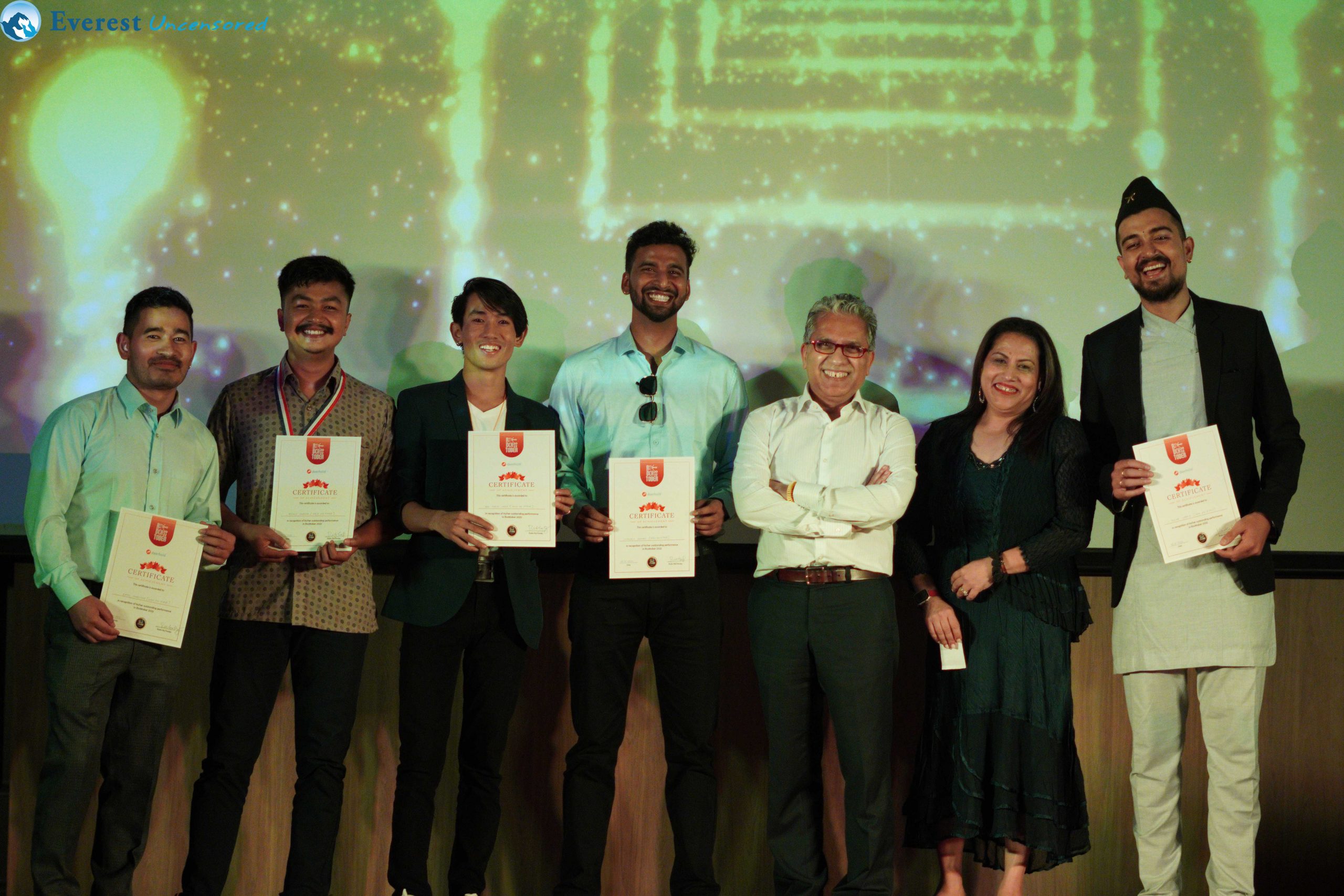 With the monsoon still strong around the valley, there was a buzz inside Deerhold. We had been hearing about it for some time, but finally, the date was confirmed; October 14th, 2022. Deerhold was going to have its very first annual event since its establishment in 2018 as Deerwalk Compware. And so the Deerholders got into action.

Just 2 months remaining for the event and yet we had lots of planning, and preparations still tied to a loose string and so we formed a committee, the Deerhold Fest committee which took over the responsibility of making this event GRAND. Well now as we’re reflecting back they sure did a great job. The committee coordinated by Saloni Shrestha had applications circulated among the employees for their participation in this event. A very special occasion for us to showcase our talents and create lifelong friendships and memories with our colleagues surely attracted plenty of applicants. With coordination with the participants and our dance choreographers, we finalized four dance performances, a song, and a choir.

The performers put a lot of effort into their preparation to give their best shot. For each performance, there were one or two hours of practice. Everyone put in their best effort despite the busy schedule and the job, which deserves appreciation. The choreographers had a significant role in the event as well. Every performer was instructed, choreographed, and pushed to give each performance their all. Daily attendance at practice resulted in certain friendships and memories that will undoubtedly be cherished.

Oct 14, 2022: The D-DAY. Everyone was really excited to rock the ROCKTOBER event.  Both the organizing team and the performers were incredibly anxious and enthusiastic about the day. As this day had been anticipated for months. At around 5:30 pm, the event began with the charm of the day’s emcees. To start the event, our very own Rudra Dai came up to the stage with his usual charm and spoke with everyone about the journey we all went through as a team and formally inaugurated the event.  The very first performance was a welcome dance on cultural songs while embracing our culture. It was executed in a very graceful manner. Everyone remarked, “What an eventful beginning!”

Coming up next was a song by Sanskriti Lamsal and the team whose performance was so magical that everyone was left in awe of the skills our Deerholders had. And then it was time for the men of Deerhold; the team Men on Stage to present their powerful and entertaining dance. With the caricature of a famous comedy character Santaram, the dance brought energy to the crowd with laughter echoing throughout the hall. The organizing committee had carefully planned another dance after this so the audience could keep their dancing spirit and get their moves going behind the seating area. And so the second dance on two different songs, Batuli and Kancha started with a romantic vibe on stage. The fun and witty lyrics of the song where Kancha is trying to win the heart of Batuli were surely interesting to watch.

It was now time for a speech by Erica Pandey(Business reporter at Axios) whose talk was really inspirational to all the young employees at Deerhold whose zenith of dreams was widened with her experiences working at Axios. After that, it was time for a video compilation made by the design team of various events showcasing life at Deerhold.

The emcees then got onto the stage, thanked all the performers for the first half of the event, and had a short 15 minutes of refreshment break.

The second half begins. Once the audience was seated, our emcees resumed the event starting with fun quiz games. The questions were some Nepali riddles and the ones who correctly answered received a special edition limited cup. With that fun session, it was now time to return back to the remaining performances. The very first performance of the second half was a dance by team Juni Birani, it was yet another couple dance with a traditional touch and attire. The dance was thoroughly enjoyed by everyone. Then the emcees had a surprise for everyone, it was an award ceremony of which nobody was aware. The awards were presented by Rudra Dai and Muna Bhauju to the winners of the annual futsal competition organized by the Sports Club and the treasure hunt organized by the Social Club. On top of that, the best performers for the day were also awarded to the team Men on Stage.

With the award ceremony and photo sessions, the emcees called upon the audience to stand up and sing along with the next performing team who had prepared a choir on a famous Nepali patriotic song; Yo Maan Ta Mero Nepali Ho. OH! The crowd loved the choir. Each and everyone was standing and singing along with their hands placed on their chest as a sign of respect to our nation; it was magical. After the choir, our very own Sachin Dai came up on stage to share his thoughts about the event and also shared the experiences he had with our young audience; it was short and sweet, and yet powerfully impactful. Dai also announced a video prepared by the UI/UX team about the changes and plenty of stories Deerhold had been through. It was Pharkera Herda to the year we had which had an overall moral of always having our head held high and moving forward to a better future.

By this time, the audience was eagerly waiting for the food and drinks; the start of our actual party. At around 7:30 our emcees officially ended the formal event with information about the shuttle service and careful drinking. And so the glasses started pouring in. Everyone started remarking about the event and congratulated the winners of multiple events. With a glass of hard/soft drinks in everyone’s hands, we were all enjoying a day out of regular office hours. By the time, everyone had gotten a little tipsy with the booze, full energetic songs started playing inside the hall. Sounds echoed out of the hall, everyone rushed in making circles and dancing together. With the fresh energy we all had, we sure didn’t miss any beat.

The event came to an end. It indeed was a very fun evening. All the glitz and glamour, fine dining, spectacular performances, remembrance of previous years, delightfulness, waves of laughter, emotions, and connections made there will be treasured for the rest of the time by everyone present there. The entire event served as a display of the relationships, brotherhood, and sisterhood, as well as the Nepali cultures and traditions that are continuously practiced alongside certain western civilizations in business and daily life. It was due to the combined hard work and dedication of all the employees and management committee that such a memorable event could take place and be executed successfully with no hiccups. Rocktober 2022 has created a history that will be tough to compete in the coming years.