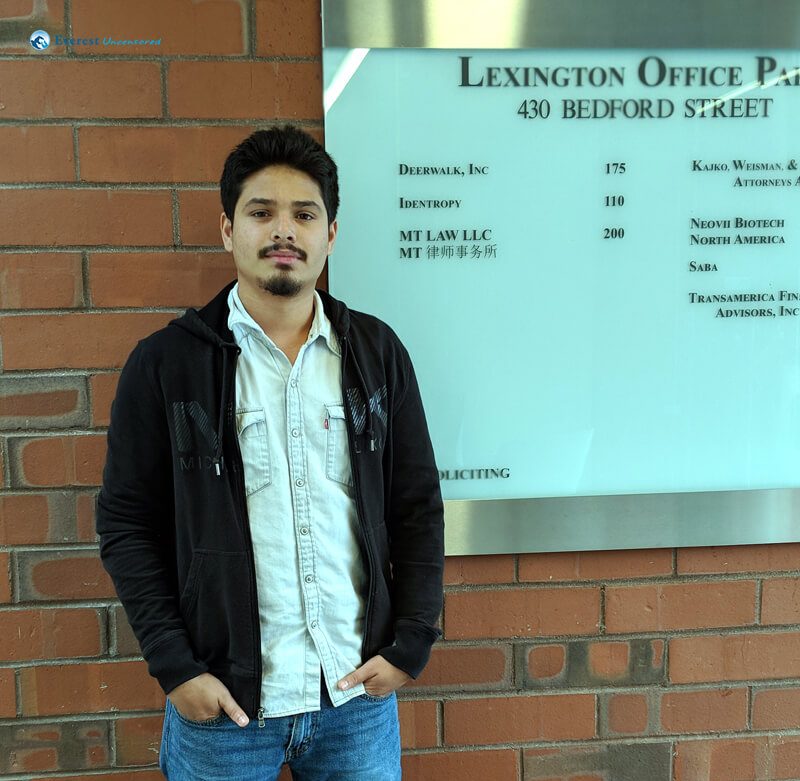 On first of June, together with my two colleagues, I headed to The States again. Unlike the cold and snowy winter, Boston summer seemed to be delightful with the ocean breeze making me want to indulge in different activities immediately after landing in the Logan Int’l Airport. With all the luggage tucked in the cab, my colleagues beside me and the memories of my last visit fresh on my mind, we reached Ashay Dai’s place; our home for the next four months. We also got a chance to just catch Praveen Dai and Romit Dai, busy packing to catch the flight the very next morning. As we bid goodbye to them, we awaited the arrival of our very own Milan Dai and PrakashJ Dai with whom I enjoyed the time of their stay and part of mine as well.

At Deerwalk Lexington Office, I was happy to meet everyone again. It felt like I had never left the place. With all the familiar faces around and tasks ready for us, we started our work the very next day. Office days were all of a similar pattern with daily client calls, messages with work requests and discussions about the work process. Besides work, I used to do a lot of other fun activities. Minute Man Bikeway was nearby and hopping on Ashay Dai’s Bicycle, I tried out the 10 mile trail always busy with bikers, rollerbladers, walkers and runners. People of Bedford, Lexington, and Arlington used this trail to commute to work everyday and parked at Alewife train station, closest to get to downtown. After work, I sometimes used to cycle all the way to Waltham and play soccer against Verscend team. At other times, either Sanjeev Dai or Sushant Dai would take us to the field. Sometimes, late at night, Barsesh Dai and I took the Uber to go to Extended Stay, Woburn to party. It was place where Milan Dai, PC, Hikmat, Raghu Dai, and Narayan Dai had stayed for a month.

Weekends were fun. The first weekend back, a group of us went to New York where we stayed in the historic luxury hotel ‘The Roosevelt Hotel’. The quintessential hotel aka Grand dame of Madison Avenue, was just by Times Square and was a popular filming spot for countless movies including MIB, The Dictator. Other weekends, we teamed up to visit different states in the quest for good beaches. We managed to visit Narragansett – Rhode Island, Nantasket – MA, Crane – MA, Hampton Beach – New Hampshire. It was summer, a time for swimming, playing beach volleyball and sitting by the beach. I missed going to Cape Cod since we had to cancel the plan due to some shark attack on the beach. When everyone was busy, we used head to Boston Downtown for a quick exploration of the places. In the shades of big skyscrapers there was Beacon Hill, with a charming cobblestone street giving the 18th century feel. Having walked the Freedom trail in my last visit, I walked the Black Freedom Trail in Beacon Hill this time, which started across the street from Boston Commons. It was a pretty and historical neighborhood with many plaques which they say is a reminiscent of both New York and Paris.

During my stay, I was lucky enough to witness two once in a lifetime types of experiences. On the 4th of July, the American Independence Day, I got to witness the spectacular fireworks over the Charles River. Getting a good view was a challenge in itself, we could not even enter the concert lane where various artists were performing as back packs weren’t allowed. No surprises, we stood-by a spot near Charles River esplanade where luckily we could see small boats send actual fireworks soaring and popping over the river. One day I heard that Marilyn Manson and Rob Zombie were performing on 8/8 Mansfield, MA at Xfinity Center. It takes a phenomenal amount of control to make music that sounds like driving with your break lines cut. Manson’s band has an incredible depth of sound, but listening closely I was amazed over and over again at how much the four musicians were able to create with their music. Over and over new set pieces were brought on stage that the audience immediately recognized and responded to. Their vocal acrobatics and the way set was loaded created a visual imagery. I am glad we could make for a cultivated high octane experiences.

Final days of the stay were fun and filled with warmth as Deerwalkers would invite us for dinner. We would also go to places after work hours like Margaritas, Kings Bowling, and AMC cinemas. Just before we bade farewell to Boston, we got a chance to attend official night out at Dave and Busters, a sports bar attached to a grown up arcade, lavishly organized by Deerwalk.

179 thoughts on “Pratik Kafle’s US Visit”