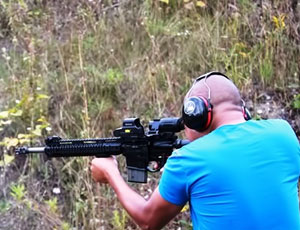 My first visit to the US, during the winter/spring of 2010 to Verisk Health, was so cold that I was a bit apprehensive of my second visit, during the summer/fall of 2014 to Deerwalk. Fortunately, this time, everything was a lot warmer – both weather-wise and people-wise. In this report, I provide some snippets of those warm experiences:

Mount Washington Hike: The very next day after landing in Boston, I went on a hike to
Mount Washington with Rudra and the gang. The five hours of strenuous walking cured my jet lag. Oh, yes, it indeed did.

Office: I thought I would get lots of free time since I had left my core tasks back in Kathmandu but one thing or the other, including the need to consume generous amounts of beer, kept coming up which kept me occupied. That was good. The office was fun because all my colleagues were very accommodating. It was a pleasure exchanging smiles with Rob every day and talking to Gerardo now and then. Attending Jeff’s morning meetings, Kevin’s product demo and Ashay’s client visit were all educational. Interactions with Anadi, Minal, Trilok, John and Vijay were also great. And, I was fortunate to have casual one-on-ones with the Executive Chairman, Rudra, the COO, Bill, and the CTO, Jeff.

Apartment: Thanks to Sanjeev, the host, who made sure everything was taken care of in the house. The conversations with Ashay and the camaraderie of Arjun made the stay very entertaining. Sanjeev’s saag & achar, Ashay’s daal & bhat, and Arjun’s aloo-cauli & dish-washing were their domestic specialties that I will always remember. In the picture, the momo cooking in the background did not turn out well but the drinks enticing in the foreground sure did.

Guns: Though I am a pacifist at heart, ahem, I always harbored the dream of shooting real guns – not to kill but to get a kick out of it – and the dream finally came true. Out of the three firearms I shot – Glock 23, Ruger 10/22, and AR-15 – I liked the pistol the best. Bang, bang, bang! Disclaimer: No living beings were hurt in the shooting.

Las Vegas: Strolling in the Strip, playing blackjack in the casinos, getting free drinks while calculating their worth versus the money you’ve lost, dancing to the beats of DJ Hardwell, watching the artificial sky at Caesars Palace and playing in a pool party are the moments I will cherish forever. Thanks to my buddy Susan for the great companionship. I also took a day trip to Grand Canyon where I hiked alone for an hour which was very refreshing after all the extravagance in the sin city.

San Jose and San Francisco: I took a bus ride to San Jose from Las Vegas via Los Angeles and stayed with my friend Matrika. After visiting the headquarters of Apple, Google, and Facebook, we attended a birthday party where I had to jokingly apologize to a person who worked for Yahoo because I visited all those companies but did not even think of Yahoo. Then, San Francisco wowed me to the extreme – the weather, the hills, the ocean, the people, the combination. I recommend, if I may, that Deerwalk open its West Coast office in San Francisco one day.

Miscellaneous: Meeting ex-colleagues from Verisk Health, re-connecting with Ed in the office and out of office, riding the waves at the Second Beach in Newport, kayaking in the Charles River with Dinesh, and getting together at the residences of Anadi, Mabi, Smriti, Rudra, and Namita were all fun. While at Rudra’s residence, I recovered $ 100 of the $200 I had lost in Vegas. So, I am short of $100 at the moment.

The Map: I used Facebook’s Check In feature as much as was practical so that I could have a pretty decent map of my visit and this is what I got. Hopefully, the frequent updates were not too annoying to my Facebook friends.

I feel privileged to be a part of Deerwalk where there is never a dull moment, where there is innovation without inhibition at all levels, and where there is a warm feeling of belonging to a loving family. I thank Kapil for taking care of the daily operations in Kathmandu office during my absence and my special gratitude goes out to Rudra for the trust and opportunity, Muna for the care and hospitality, and Abanish for all the arrangements and support. Love Deerwalk; Hail DeerwalkOne!