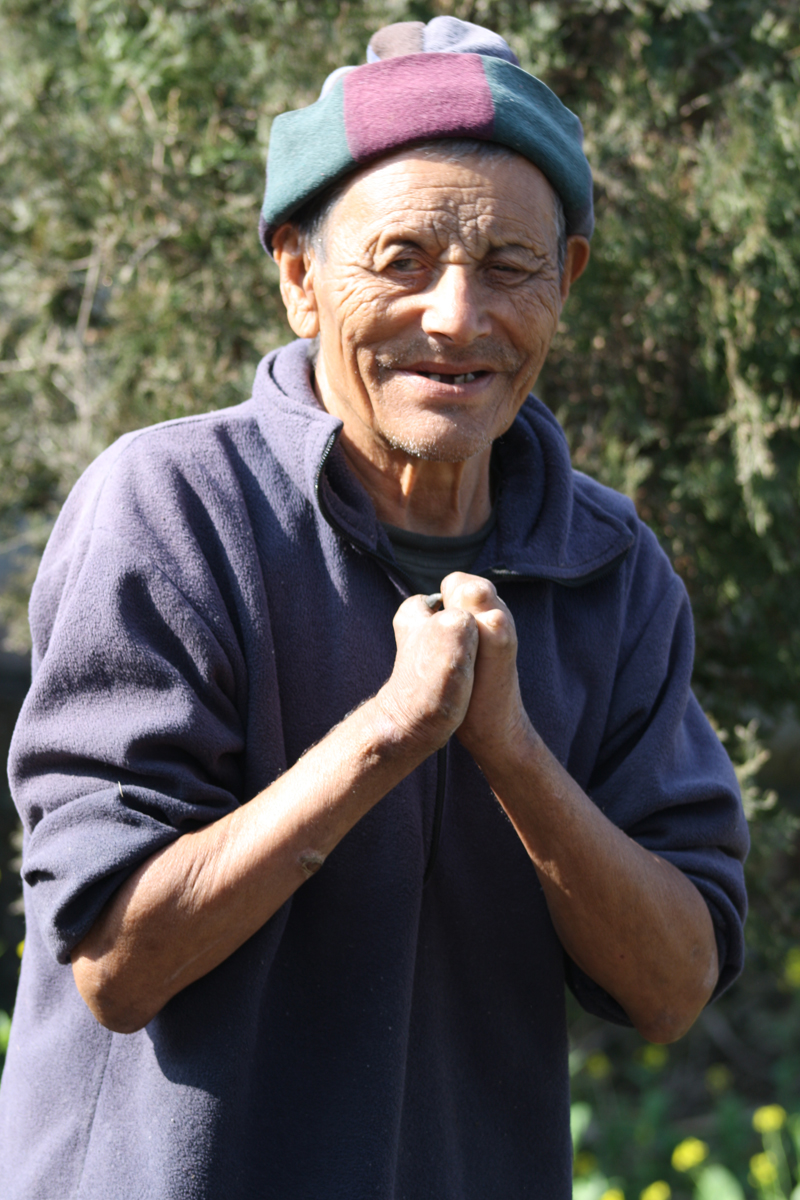 Photo Description:
This picture was taken last Sunday when we were on a hike to learn photography. It was taken in a Leprosy Colony in Kokhana. An old man came out to greet all of us with his hands folded and the smile on his face didn’t reflect his sorrow but one can imagine what he has been through.

So we are just trying to raise the awareness against leprosy which is a curable disease.

People used to believe that this condition is as a result of sin committed in past life. Basically Leprosy or Hansen’s disease is a chronic disease caused by the bacteria Mycobacterium leprae and Mycobacterium lepromatosis. Named after physician Gerhard Armauer Hansen, leprosy is primarily a granulomatous disease of the peripheral nerves and mucosa of the upper respiratory tract; skin lesions are the primary external sign. Left untreated, leprosy can be progressive, causing permanent damage to the skin, nerves, limbs and eyes.