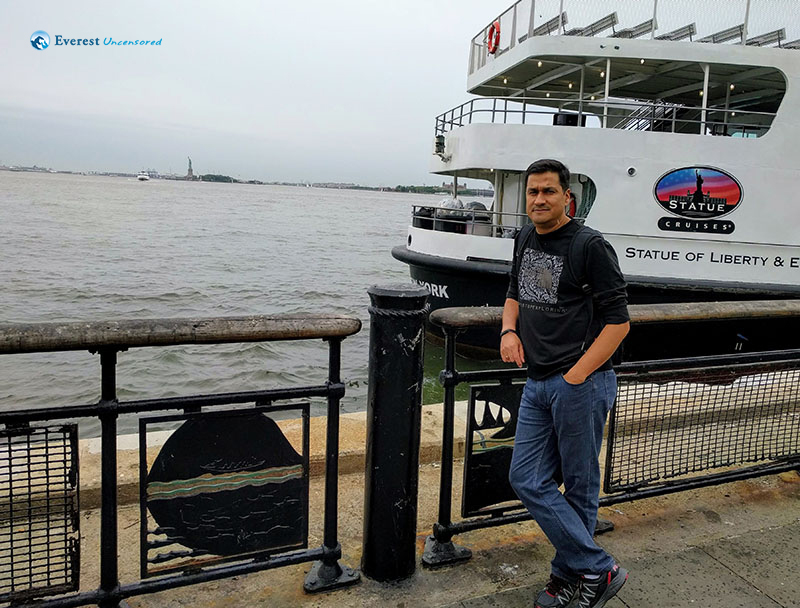 Traveling is not just an opportunity to visit new places but also to meet people from different walks of life. Whenever I travel, be it abroad or inside Nepal, I like to talk to people and to know about their lives. I believe this is a good way of acquiring knowledge on different culture, religion and what not. Needless to say, it also helps a person to open up more and to become an extrovert. My recent visit to US was also not an exception on this matter. I struck up a conversation with the stranger whenever possible and tried to learn how they are living at that part of the world. There are many people with whom I interacted during my one month stay and here are some recollection of my encounters.

Our accommodation was the extended-stay hotel and we (Prakash and me) had to take Uber to commute to our Lexington office. With an exception of few, most of the Uber drivers were friendly and didn’t hesitate to share their stories. I remember the conversation with the one from Egypt who asked us about which platform and programming language do we use, when he found that we are the IT guys. It was surprising to know that he worked in the IT field before being a full time Uber driver. In another instance, there was this Mexican Uber driver who was already familiar with Nepal and Nepalese people. He believed that Nepal and India are spiritual countries and he showed his interest on visiting there in the future. Contrary to what people believe about Mexico relating to football and their fans, he mentioned that those are all propaganda of the government. Upon asking about popular Nepali food, Prakash suggested him to try mo:mo next time if he happens to visit any Nepali restaurant.

There are many people with whom I interacted during my one month stay and here are some recollection of my encounters.

Among the many people I met on the street, an old lady is always on my mind. I met her at the bus stop when I was going to Downtown Boston. Her conversation started with a complaint about bus being late and ended with her life story. She was a homeless for a while and she told me that she lived on the street, under the bridge and wherever she found a place to crash. She then moved to her daughter’s place and now living there. I still remember her smiling face when she showed me the $50 smartphone which she got from her ex-husband. She couldn’t hide her joy when she told me that she can now talk to anybody at anytime, whenever she desires. Yet another old woman, whom I offered a help at our hotel, told me that she had been living there for almost an year. The hotel was her temporary home because her house was being renovated. I felt pity that she didn’t have anywhere to go or none of her relatives offered her a place to stay during those days. I’ve only heard that life is difficult for old people in the US but I now started to believe it. There are many other such interesting stories about the people we met which is not possible to narrate in a single blog.

Unlike my previous US visits, I got to enjoy warm weather of Massachusetts this time. It was much easier to move from here to there using public transportation and going for groceries was also easy. I took advantage of pleasant weather and continued my running around the hotel area. Our hotel had a small swimming pool, which we frequently used after office hour.

Overall this visit was fruitful in terms of work as well. I would like to thank Deerwalk management for providing me an opportunity to explore and learn new culture by meeting different people. I would also like to thank our colleagues at Lexington office for warm hospitality and support during my month long stay.