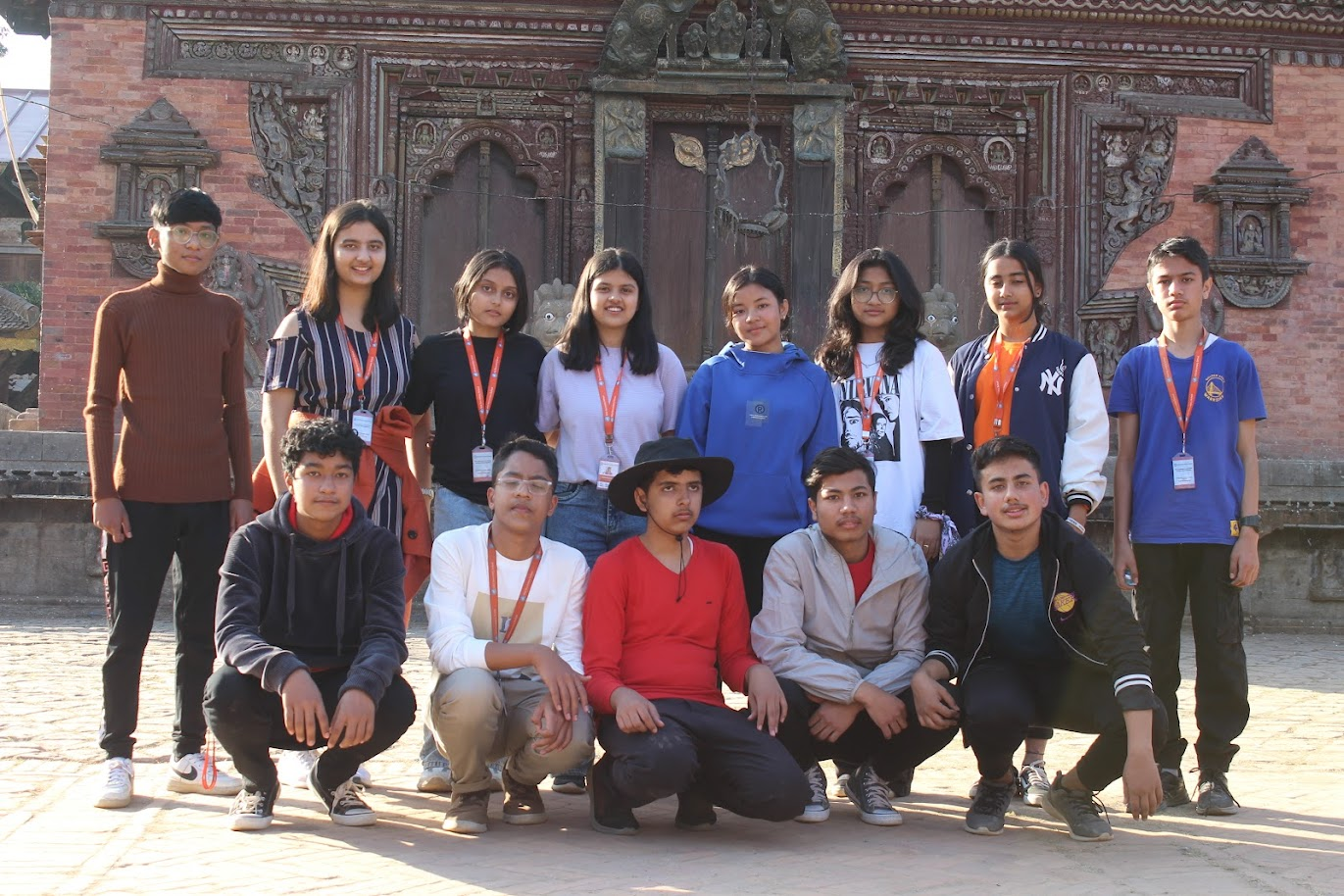 Every other Sunday was quite the same; waking up really late and doing nothing productive. But the last Sunday of Kartik was different. We weren’t advancedly informed that we would be going on a hike on Sunday 2078/07/28, but after we knew about it; our excitement level went so high! We were really looking forward to a hike because it was something which we hadn’t done for years due to the pandemic.

We were told to bring the necessary items that we needed. Those items included; masks, sanitizers, water bottles, small snacks, and many more. We were supposed to arrive before 7:40 AM in the Deerwalk Complex. After arriving, we were getting ready to set off. At exactly 8 AM, we departed from the school towards our destination Sankhu. During our journey through the school bus, we sang songs, danced, and talked about how excited we were to go on a trip after a long time. After 45 minutes or so, we arrived at our main destination from where we would start our hike. After walking for a couple of minutes, we arrived at Shali Nadi. Some of us took our breakfast there while some of them were roaming around the area clicking pictures. It was only after 20 minutes that our real hike began. We passed through the river and bridge, listening to songs and talking. There was a time when one of the guys lost his phone. Worried; he and we were searching for it. Finally, by the grace of God, we found it.

Then, we were crossing a small river which caused quite a mess. Some of them were running without caring about tripping over and getting wet. Meanwhile, some had their shoes and socks open and crossed the river barefoot. Many of the students had to get lectured for throwing stones in the river. Using the power of sarcasm, a teacher even said that the river would be blocked by doing so. Finally, the river came to an end. Now, the way uphill had begun. This was a really difficult time for some of the students. Some were even on the verge of giving up. At some point in the journey, we had to climb a narrow slippery path where many of us fell down. Some of them weren’t able to climb so Pravat sir had to pull us up. It was worth it though, the view was mesmerizing!

On the way, we also drank juice for energy and lollipops for fun. While some of us were gasping for breath and being really tired, some were far ahead of us and still had so much energy left. As soon as the uphill came to an end, we decided to take a rest. Again, after being energized, we started walking again. We saw a beautiful view of the snow-covered white mountain that made all of us so fascinated. On our way, we saw three snakes. One of them was already dead whereas we saw one of them crawling. The second snake looked like an earthworm but it was much longer and fatter. Some of us were very much scared. It was already 12, and we all were really hungry. So, we decided to sit and have a dry picnic. Sitting in groups, we began munching on our snacks.

We were really tired so we asked one of the locals when Changunarayan Temple would arrive as Changunarayan was our main destination. And according to them, we were supposed to arrive at our final destination after 40 minutes but we had been walking for over 2 hours but still, we didn’t arrive. We had a shortage of water and we were dying to drink at least a drop of water. Finally, we reached a small temple and found the best water we had ever drunk in our whole life. There was something different about the water, it was either because we were so thirsty or it was the place.  In the midst of our hike, there was a swing and many of us played in the swing. It had been really long since we were walking.

More than five hours had passed. Finally, we arrived at Changunarayan Temple at around 3 PM. We then clicked group photos. All of our legs were tired and it made us unable to walk anymore. Even walking a short distance made us want to stop and rest. We walked through the corner of fields and on our way to the bus. We were thankful that we didn’t have to walk for a long time. It was only around a twenty-minute walk from the temple. After finally seeing the bus after a long, tiring, and painful walk, we were so relieved. The bus ride was a fun one, we were singing and everybody was joking around. Some of them who were really tired slept on the way too. As it was the time of office hour, we got stuck in the jam for a really long time.

The jam made us realize the painful system of Nepal, people do not give chances to others and become desperate to go forward. We had planned to eat Thakali at a restaurant named Lete. It was around 5 PM when we finally arrived at Lete Thakali Kitchen which was near the Bhatbhateni of Naxal. All of us then ate chicken lunch sets and mutton lunch sets whereas Pravat sir was the only one who ate a veg lunch set. After finishing the meal, some of the students planned on going home directly from the restaurant. While returning, the bus also dropped some of the students on the way. A complete stranger entered the bus and asked Pravat sir to take him to his destination; Pravat sir asked where he was going and said that the bus belonged to the school. And the man silently stepped out of the bus. Which was hilarious!

We headed back to the Deerwalk Complex at 6:30 PM. After knowing that we again have a hike in the month of Falgun, we got more excited because this one was the first one yet the best one. The hike was a really fun experience for all of us and we hope we will get to go on hikes like these again and again.