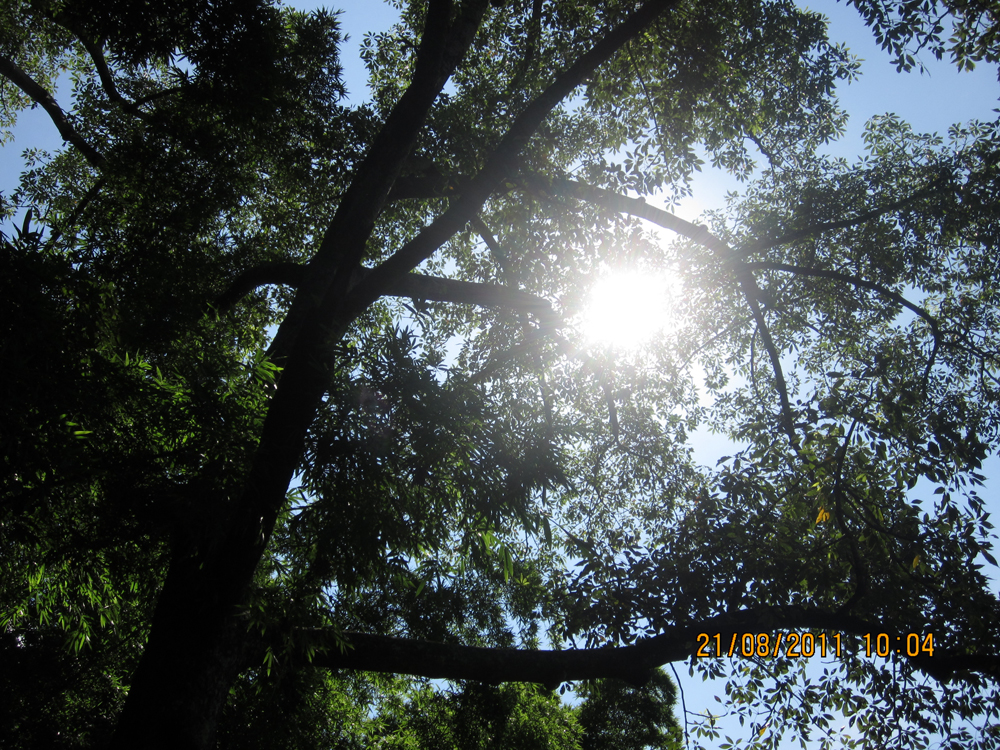 It was a bright and sunny day last Sunday when the interested few from Deerwalk set off on a hike to Palanchowk Bhagwati. It was Data Services’ turn to organize the hike and some of us gathered at the office while others were picked up on the way. The streets of Kathmandu had sparse traffic owing to the time of the day and as we approached Dhulikhel around 8:30 in the morning, wide expanses of green fields and view of distant hills greeted us with a promise of an enjoyable day ahead.

Just before reaching Panchkhal along the Araniko Highway, we veered off onto a dusty trail. The sun shone in its full glory and some of us were reluctant to climb an entire hill in the midday sun so we disembarked the van and started asking the locals for a trail to Palanchowk Bhagwati that wound through the jungle. After receiving varied directions we became less picky and set off on a trail to the temple. The trail slowly became steeper and we started seeing sights that the city dwellers can only dream of harbouring in their back yard.

We came across a large mango grove and the place was aptly named Aanpghari. It was a small and interesting village community living off the land and rearing livestock. The poultry we came across this place was peculiar in that most of them did not have feathers around their neck and one of us jokingly referred to this as the ‘fashion statement’ of the birds.

As we ascended higher we saw fewer houses and people and we had to rest on occasions and each such occasion rewarded us with magnificence of greenery of the adjoining hills and valleys. We also relished in the innumerable fruit trees that we found along the way notable of which were Lapsi(Choerospondias axillaris), Pomegranate and Persimmon. We saw butterflies of varying colors and sizes ranging from yellow to blue and occasionally came across huge hornet-like insects buzzing about.

After about four hours we reached the magnificent abode of Palanchowk Bhagwati. The resident deity inside the temple was a three feet tall statue finely carved in black stone resplendent with jewellery. The district of Kavre-Palanchowk is named after the goddess and she has a wide ranging influence among the people living around the area including the Kathmandu Valley. The hilltop abode is about 58 kilometres east of Kathmandu and on important occasions in the Hindu calendar, devotees throng the temple where animal sacrifices are also performed to appease the goddess.

It amazed us that unlike other religious sites where taking of photographs is prohibited, we could actually take pictures of the goddess. Maybe it was because of all the jewellery she was wearing! As we exited the premises, we caught acrid waft of dried up blood from place where animal sacrifice are performed. After roaming around for a bit, we embarked the Deerwalk van to the next stop in our itinerary – Dolalghat.

Dolalghat is situated at the confluence of Indrawati and Sunkoshi rivers on the Araniko highway. This place is apparently famous for the fish from its rivers and we took our lunch at a roadside restaurant overlooking the bridge over Indrawati. It was also a great albeit sobering experience to walk down to the confluence of the rivers where a few reckless young people had lost their lives while trying to brave the current. After exploring the area for a little bit, we headed back towards Kathmandu. It was a memorable day for all the participants of the hike and we would also like to recommend this particular trail to whomever come who may.

“A new place and a new excitement ! more than that, most of the Hikers were new. Still the organisation was fine-tuned. Thanx to Ramesh. It was preety well, though the sun never lost its hype and made us hard to move up! But I enjoyed it a lot ! ”

It was my first hike from the DeerWalk . It was really good experience for me . During the journey, it was nice to see fantastic view on the way to Palanchowk,Dolalghat from Kathmandu. we had a lot of funny jokes in hiking to support our hike to fun.The day was very hot but i didn’t know how the time had spent .At last,in my word the hike was really enjoyfull,memorable .i enjoyed a lot..!

You know how unpredictable the Kavre’ weather is as we thought it was going to rain.When we reached Panchkhal it was very hot.It was going to be a tough climb.We carried lots of water.Few bottles of juice and some snacks with us and we sure needed it.The sun was sapping.Though we were walking through the vegetation,shades were hard to find.With constant jokes and talks the hike didn’t seem that hard despite of experience heat.Even after 3-4 hours of tough climbing,this hiking was amazing.This my first hike experience from DeerWalk and i would like to thank all of you for making the hike memorable one.

Palanchowk Bhagwati being the destination where I have never been, enticed me to walk without any complaints even in the midday of the sun. The panoramic view of the surroundings was a worth for all the efforts we had made in walking the uphill in the heat above. We got the chance to meet children playing with the fish in the muddy water instead of staring at the aquariums in the cities. Had a great time.