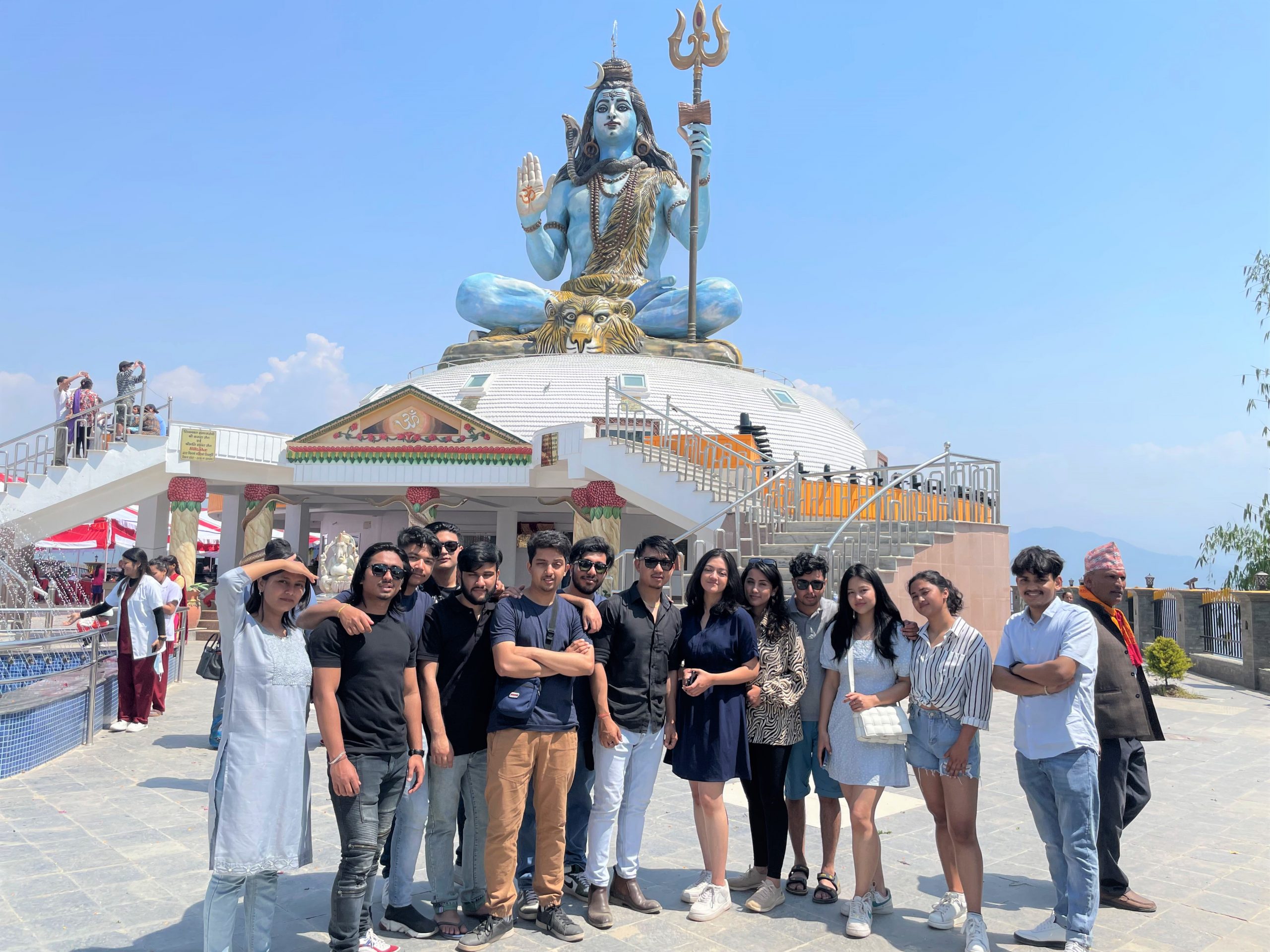 After months of anticipation and planning, the DMT outing was finally about to happen. When the date for the excursion was decided for April 15th, 2022, our joy knew no boundaries. Finally, the day arrived.

On Friday at 5 p.m., we began our journey. We set our sights on Mugling after picking up several of our team members. Mugling is the halfway point between Kathmandu and Pokhara. We arrived at 10:30 p.m. and ate our meal there. Words cannot describe how delicious the food tasted there; perhaps it was the tiredness that made it taste so nice. And, with a full stomach, we traveled the final 100 kilometers, arriving in Pokhara at 2:30 p.m. at Kiran Dai’s house. (After all, why pay for a full night’s stay at the hotel?)

The second day of the trip led us to Majhikuna to try the famous fish served there. And, to be honest, the fish was rather tasty. The fish was grilled in tin foil and was bursting with spices; it was a symphony in my mouth! On the way back, we stopped at Fewa Tal and had a great time boating. We had two paddle boats, and it was a lot of fun racing them.

Our exhaustion was off the charts after boating! So we stopped at Bindabasini Temple for some food. The Thakali Rice there was the greatest I’d ever had. The extra quantity of Ghee I requested was the icing on the cake. Finally, we checked into the hotel. The hotel on 3rd Street was fantastic. Everyone was eager to swim, so we went swimming, and the time flew by. After a lengthy swim, we got up and headed along Lakeside, looking for a vibrant spot with nice food and live music. We found one and sat there for a while, soaking in the atmosphere before heading back to the hotel around 10:30 p.m.

The third and last day of the trip led us to Pundikot’s freshly opened Shiva temple, and what a temple it was! The Shiva statue was huge, with painstakingly carved embellishments. It couldn’t have been a finer day to see the temple than the day it opened. When we arrived at the temple, we were showered with flowers and glitter from a biplane. We had our moments of devotion at the temple and returned to Pokhara to check out from the hotel.

We left the hotel and made a journey around Fewa Lake to Pame, where we had some pleasure enjoying the lake’s beauty. We sat at a lakeside café and had a good time drinking lemonade and playing Jenga. Finally, around 3:00 p.m, We decided to leave Pokhara and return to Kathmandu.