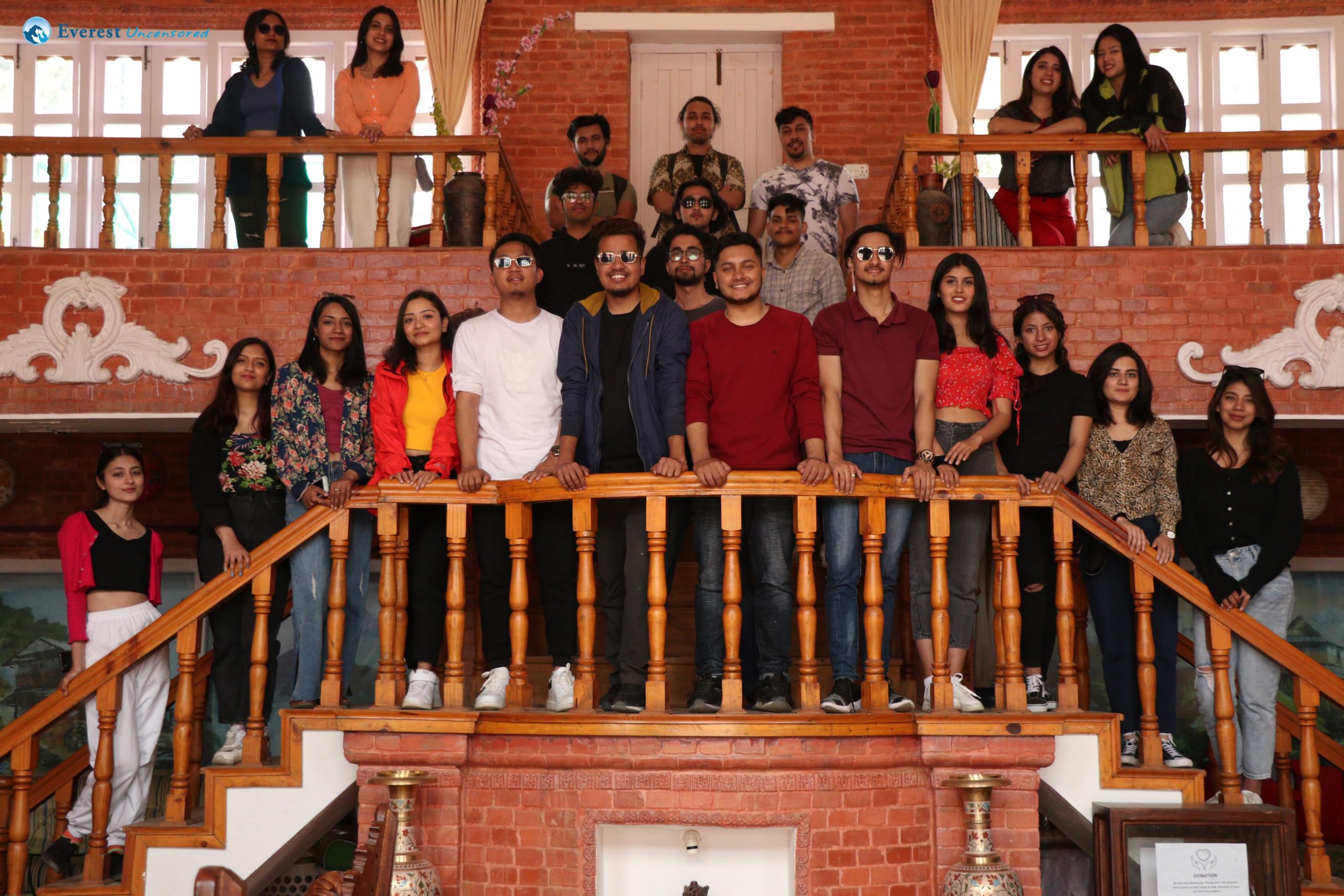 The Digital Media Team and DWIT News Team planned for a one-night, two days outing to Tistung Nepal. All members were eagerly waiting for the day to finally pack their bags and get on the road. After an anticipated wait, the day to leave for the outing finally arrived.

It was saturday, April 3rd 2021, few members gathered at the college and the bus left the college premises at 11:30 pm. The bus picked up remaining members along the route and then headed towards Tistung.

As the journey began, the excitement and energy of the members elevated which could be seen through their faces. We reached Om Adhyay Retreat Resort around 4 oclock in the evening. Everyone was slightly tired as all of us danced our hearts out in the bus. After freshening up, all the members gathered for snacks. After snacks we divided ourselves into two groups and sat down to play dumb charades. The game was pretty interesting as both the teams were quite competitive. We laughed our hearts out and thoroughly enjoyed the games and extra activities session. Then after, the members were in their own zone enjoying the ambience of the place. We then had our dinner and all the members hit the dance floor. It was the most fun part of the trip as all of us were living in the moment.

Following this event we had a bonfire and barbeque session where some of the members were busy with the barbeque while some of us were singing along to the tunes of guitar. We ate, we chitchatted, we laughed and as we were heading towards our rooms we experienced a power cut. It was around 12:00 pm in the night and all of us happened to notice the sky. The view we witnessed was absolutely mesmerizing. The sky was so clear with so many twinkling stars. Under the starry sky, we gathered around and began telling each other stories. After having an unforgettable night we all headed towards our room to have a good night sleep.

Next morning arrived, and everyone was exhilarated for another day. We all got ready and gathered for breakfast. After a heavy breakfast, we clicked many pictures and roamed around the resort. Subsequently, all of us assembled again to give our Mentor Bidish Acharya and DMT members Simran Parajuli and Vasker Raj Pandey farewell. The event came to an end as the members and our Mentor gave their farewell speech.

Everyone packed their bags and got into the bus and we headed towards Markhu. After a long bumpy and dusty ride we finally arrived at our destination. We reserved three boats and began boating. After boating we played chinese whispers while waiting for our lunch. We had our lunch and then after we left for Kathmandu.

All in all, the outing was filled with surprises, joy, and laughter. Everyone was kind of bummed that the outing was over. None of us wanted to return home as we were having so much fun. For my part, the outing gave me an opportunity to connect with so many amazing personalities. The outing will definitely be one of the most memorable experiences I will have at Deerwalk.

The outing to Om Adhyay Resort was first after I joined DMT. I was more excited about the fun and activities that we were going to do than the place itself. On the way, everyone was busting their moves. We were so tired when we reached but the peaceful and tranquil environment provided us with enough energy to carry on the activities. The warfare of dumb-charade, a late-night disco, and BBQ with spicy ghost stories were the highlights of the first day. On the second day, we had a small farewell party for our beloved manager Bidish dai, Simran didi, and Vasker. The boating experience on the Kulekhani was quite an experience. This trip helped our team to get along more than we ever were.