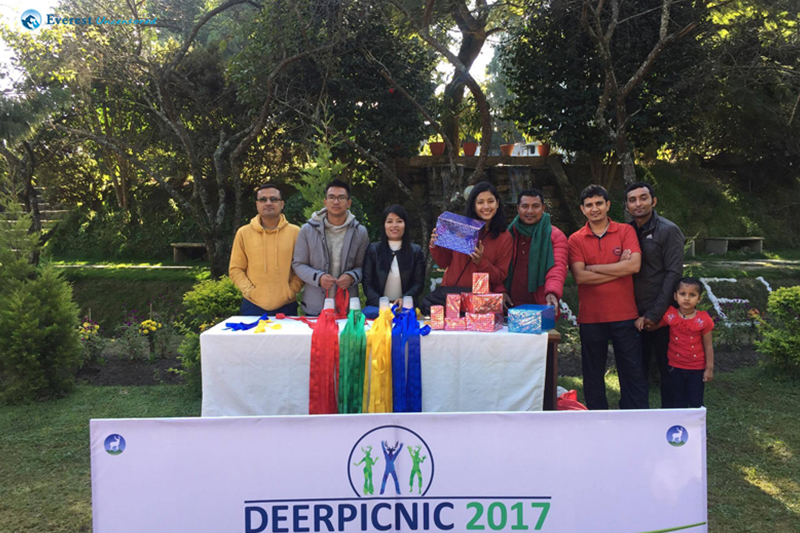 The 2017 DEERPICNIC was hosted at the serene Mirabel Resort, Dhulikhel on a warm Sunday of November 5, 2017.

The picnic kicked off with a stunning panoramic view of the Himalayas and a shout out from the President and Vice President of Deerwalk followed by a delicious breakfast spread with coffee and tea to garner energy for the day.

As soon as the clock struck 10am, the inter-squad games began with a roaring group of well caffeinated Deerwalkers. ‘Tug of War’, which has become the official Deerwalk picnic ritual was the first game that put the squads right into their ace competitive game.

To refuel, we had scrumptious snacks and chilled drinks to keep the energy going, after all the party had just started.

To refuel, we had scrumptious snacks and chilled drinks to keep the energy going, after all the party had just started. Some new building games made debut this year: Balloon Race and Ping pong ball race.

All the game winners and runner-ups then gathered around for dancing, a favorite Deerwalk activity which was then followed by another favorite picnic game for Deerwalkers’ -Bingo along with the prize distribution for Lucky Draw winners.

DEERPICNIC ended with a lunch feast and lots of wonderful memories to cherish.