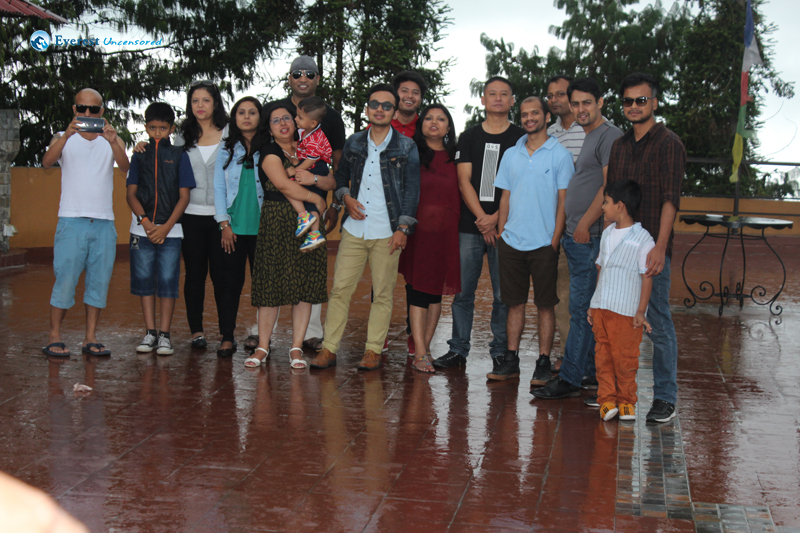 5th August 2017 was the day for the PM outing with all the arrangements. We had multiple discussions regarding the venue and Club Himalaya was chosen as our destination. Though it was my second outing to Nagarkot, I was eager for this moment to arrive as it would be a very good chance to get along with the CPM team, and it is always difficult to say no to Nagarkot.

Since it was a single day outing, we had planned to leave early in the morning. All the preparation was done and Office van Picked us up from our respective stops, I was picked up from Nakkhu at around 9 am. After picking up all the participants, We stopped for breakfast break on our way to Nagarkot at Kamalbinayak. After breakfast, we resumed our journey listening to songs and singing along on the ride.

Outing Participants were too good to crack the jokes we all had fun on our own way and it was the best part of our journey.

Outing Participants were too good to crack the jokes we all had fun on our own way and it was the best part of our journey.

Finally, we reached our destination at around 12, roamed around for a bit, clicked some photos and then some of the participants went for swimming and remaining few (including me) started playing cards. We were enjoying the moment at our best. After about 1 hour of swimming/card playing, we headed for the lunch as it was almost the end of their lunch time. We were delighted to have delicious food and dessert was yummy.

Per our plan, we moved to the roof top for team building games after lunch. We had planned for three different games however we ended up playing two games because of time constraint. For the first game, we divided the participants into two groups and second game was played by individuals. It was fun watching the big people playing children’s game. By the end of the second game, we were accompanied by Pramod dai , Kapil dai and Saurav dai who were on their way to Outing @BhangeriDarbar. We again played cards for a while and the monsoon showed its color and we got to feel the gloomy weather of Nagarkot which is always mesmerizing. The rain was fading away and we had our snacks and had some group photo sessions after card playing event. By that time, it was time to head back home and inner me was saying ‘a well spent day’.

To sum it up, the trip was awesome with a lot of memories with the team. For me, It became one of the most memorable and wonderful time spent with my seniors at Deerwalk. Thanks to the best coordinator Bikram RS for coordinating such a wonderful event and I am very thankful to our generous CPM team for such a wonderful memories.